Headquartered in Yulin, Guangxi, known as the "capital of Lingnan", formerly "Yulin Quantang Industrial Cooperative" founded in 1951, Yuchai Group has over 30 wholly-owned shareholding and joint-stock subsidiaries, over 23,000 employees and total assets of 36.5 billion yuan, is reputed as the “Chinese Capital of Green Power”, and has become the internal combustion engine manufacturing base as well as the hydraulic excavator manufacturer with the most complete spectrum of products in the country. 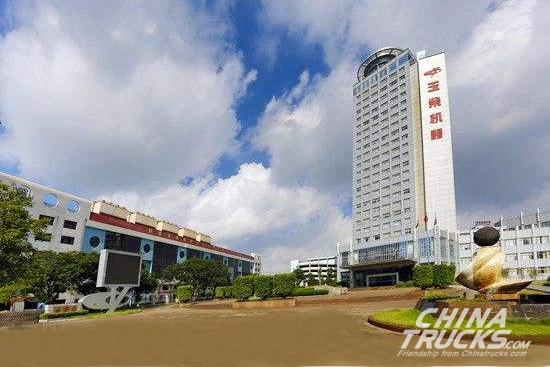 Yuchai is a national high-tech enterprise with tremendous R & D strength, have established R & D bases in Nanning and Yulin, have a national corporate technical center, a state-accredited laboratory, a postdoctoral workstation and a corporate academician & expert workstation, and are the only support entity of the national engineering laboratory of internal combustion engines and the Guangxi Engineering Institute of Diesel Engines. The corporate technical center ranks 36th among the 726 state-accredited corporate technical centers and 1st in the engine industry. Yuchai has established a dozen domestic and overseas product and technology R & D centers in association with renowned domestic and overseas universities and institutions like Brunel University, Shanghai Jiaotong University, Tianjin University and RWTH Aachen University.

Our products are advanced and applicable. Yuchai manufactures 7 categories, 27 series and over 2,000 types of mini, light, medium, heavy and multi-cylinder engines for vehicles, ships, construction machinery, agricultural machinery and generating equipment, with a power of ranging from 6 kilowatts to 25,000 kilowatts, thus forming the widest spectrum of diesel engines in the country. With characteristics such as large power, large torque, high reliability, low fuel consumption, low emission, low noise and strong adaptability, as well as perfect and fast services, all our series have become prioritized power for major domestic vehicles, construction machinery, agricultural machinery, etc. Our construction machinery are predominated by earth-moving machinery and piling machinery, including over 40 series and over 160 types of hydraulic excavators ranging from 0.8t to 220t, which are known for their delicate structures, reliable quality, high efficiency and energy conservation. Our other sectors have grown rapidly and enjoyed absolute advantages in the industry: the energy & chemical sector occupies half of the domestic high-grade diesel engine oil market; the logistics & vehicle trading sector ranks among the top three in China's road transport industry, making us one of the country's 5A logistics enterprises; the parts sector involves nine subsidiaries whose products cover key engine parts such as crankshaft and filter; the special vehicle sector is the navigator of Chinese environmental sanitation technologies, the pioneer of the environmental sanitation industry and the most professional provider of complete waste transfer solutions in the environmental sanitation industry.

Yuchai has been sparing no efforts to build our advantages in domestic and overseas sales networks and services, extending our operations to the rest of Asia, Europe, America, Africa and Oceania. In the engine sector, Yuchai has established a perfect marketing service system, built over 45 domestic and overseas offices, over 3,000 service outlets and over 4,500 parts sales outlets, and formed a service network with the largest scale, smallest service radius, longest warranted mileage and fastest response time in the domestic industry, thereby offering domestic and overseas customers satisfactory, fast and sincere services. Our construction machinery sales and service system covers over 30 domestic provinces, municipalities and autonomous regions as well as over 30 countries and regions on five continents, thus bringing into being a perfect and strong sales and service network system.

With the core concept of “Green Development & Harmony Win-win”, the mission of “making the trust of partners and the public more valuable” and the orientation of "linking innovators by outstanding value", Yuchai aspires to lead the national industry by excellence. Yuchai joined the UN Global Compact in 2008, have released CSR reports for five consecutive years, deem it our duty to "be the controller of the largest mobile pollution source", advance CSR activities through various channels, have become an industrial model for assuming social responsibility, and enjoy great social reputation and public credit.

In the "twelfth five-year" period, Yuchai will accelerate the transformation of the economic mode, proceed with international technical and industrial cooperation, keep advancing the internationalization of industrial pattern, capital operation, product market, management and talents, and lead the national industry by excellence, in a bid to fulfill the great dream of "building a world-famous brand, a large-sized multinational group and a world industrial pacesetter"!

Yuchai is the largest base for manufacture of diesel engines in China. Export of Yuchai engines started in the early 60’s of last century. Since entering the 21th century, relying on the outstanding advantage in performance-price ratio, stable product quality and good reputation, export of Yuchai engines has developed at a high speed by an annual growth rate of over 100% during a period of several years successively, presenting an excellent situation of robust development.

At present, Yuchai engine is well sold to Southeast Asia, Mideast, Latin America, East Europe ,Africa, etc., over 50 countries and regions, there are 10 regional offices and 30 overseas distributors all around the world, and after-sales service networks have been set up to provide the after service and spare parts in over ten countries. The main exported products include the diesel engine used for truck, bus, passenger car, construction machinery, agrictulture machinery, marine & generator; gas engine and generator set are also included. At present,with the characteristics of stronger power, bigger torque, higher reliability, lower specific fuel & oil consumption, lower emission & noise, Yuchai engine, which its population is over 50,000 units in overseas market, has been recognized widely and the Yuchai brand is enjoying greater and greater popularity in the overseas market .Yuchai is the production & export base of small-sized excavators in China featured by complete assortments. Export of Yuchai brand excavators began in the 1990’s and managed by the enterprise itself. Characterized by lower price and better quality, they were sold far to more than 50 countries or regions in Europe, America, Oceania etc. in cooperation with over 70 distributors. The small-sized excavator of Yuchai is enjoying greater popularity in the overseas market. These years more than 70% of excavators were sold to European countries and so Europe has become the major market of Yuchai excavators and Yuchai has established the office in Europe.

Yuchai has set its own strategy thought of struggle “Excellent quality, Globalized Yuchai” and prepared the medium- & long-term development program in the overseas market. Yuchai’s products will fully participate in the global market competition and it is expected that by 2010 the export scale will be 100000 sets of Yuchai’s products. In order to ensure realization of the objective Yuchai will seek for establishment of strategic cooperation relations with distributors, automobile manufacturers worldwide on the basis of mutual benefits, win-win situation and joint development, Yuchai is planning to set up not less than 80 sales distributors & service networks in Southeast Asia, Mideast, Latin America, East Europe ,Africa, etc. to extend and sound sales & service network in coming three years, meanwhile Yuchai will invest for localized production in the major regional market territory to provide better products and more comprehensive service for customers in the world.