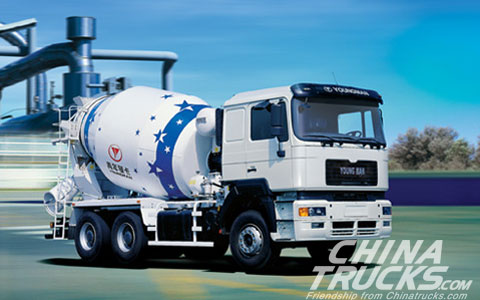 The accurately positioned bottom vanes disperse the pressure of concrete towards the end seal and drive the concrete to form the mixing in circumferentially rotating manner.