www.chinatrucks.com: At the latest interim dealer conference, president of Anhui Hualing Automobile Co., Ltd. (CAMC) Liu Hanru says: “Chinese HD truck market will get recovery in September when Chinese economic growth is stable and wins people’s confidence. The HD market will see a 10% growth this year and 20%-30% next year.”

According to Liu Hanru, the 8% growth rate in the first half year largely depends on the “overdraft” sales affected by China IV standard. Starting from September, Chinese heavy truck market will get back to a rational rise. 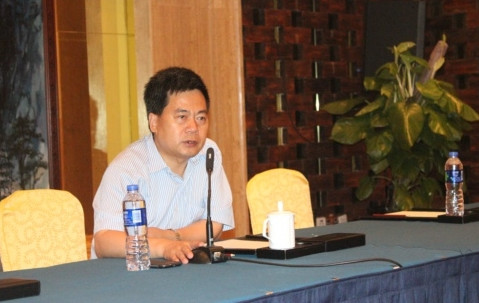 “Seen from the situation in the first half year, former expectation on growth will be lowered”, Liu Hanru says. The new government will be tolerable to low and micro economic growth and new leaders tend to accelerate structural adjustment and transmission as well as upgrading to solve the structural problem by slowing down economic growth. “By deepening reform, some problems in the economic development could be solved such as the waste of resources and environment deterioration.”

Liu Hanru reminds CAMC dealers to put more focus on the coming Third Plenary Session of the 18th Central Committee because “the development mode in coming five to ten years will be determined at that meeting. It is believed China’s macro economy will turn better if seen from current situation.” 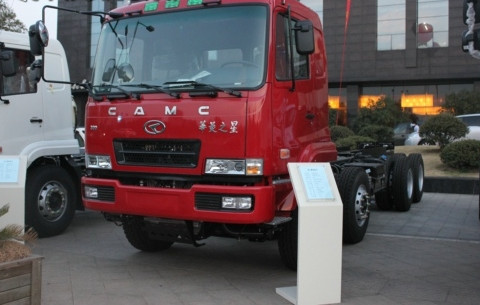 Sales of CAMC rise and Hanma engine will have more strong growth in the second half year.

Drived by favorable factors like recovery of HD trucks, CAMC enjoys a dramatic growth in the first half year. “Last year at its worst period, CAMC, instead of complaining, follows the market discipline and reverses the sales. In the first half year, CAMC sells 13,341 units, up by 56% year on year and the special vehicle also sees 90% growth.” 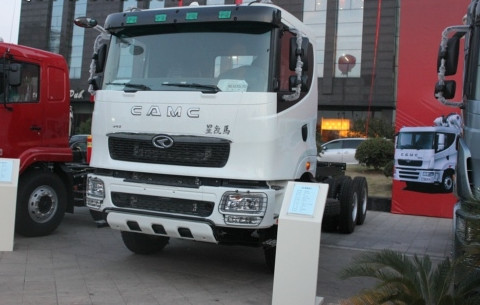 Guangdong market contributes a lot to the dramatic growth of CAMC with three dealers seeing over 1000 units, according to Liu Hanru. Particularly, in Shenzhen, 3000 muck trucks are sold in the first half year and 2000 more are needed in the second half year.

When it comes to the sales target of this year, Liu Hanru says that the sales target is 25,000 units. “Under current economic situation, we should put priority to effective growth. In the second half year, CAMC will give more support to dealers to explore weak market through various means.” The LNG heavy truck market in the north grows fast. Next, CAMC will explore the market in the south.

“We will also improve dealers’ profits. One of the most important selling points is our Hanma engine, which is sold at the same price with our joint venture brand but is more fuel saving. In the second half year, we will put more efforts on Hanma engine.”

According to Liu Hanru, the road logistic industry will usher in more opportunities. He believes that the mainstream logistic mode is to transport goods to suburban areas where the goods will be delivered to city center through medium and small transportation vehicles. Based on this, CAMC will launch a brand new vehicle which “has 2.2m driving room with target users similar with Benz E and C, and is a medium truck, close to JAC Liangjian and Dongfeng Tianjin”, targeting at the urban logistic market.