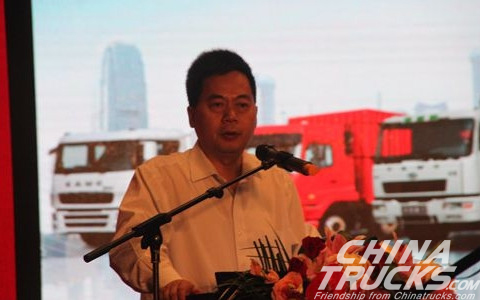 “10 years ago I drew a circle in Tianjin where Tianjin CAMC is established. During the past ten years, CAMC has been helping Tianjin users to make development. Even I don’t come to Tianjin very often, I always have a special feelings for Tianjin. Today, I’m here again, together with a big “gift” through this introduction meeting in return for Tianjin users’ years of support. 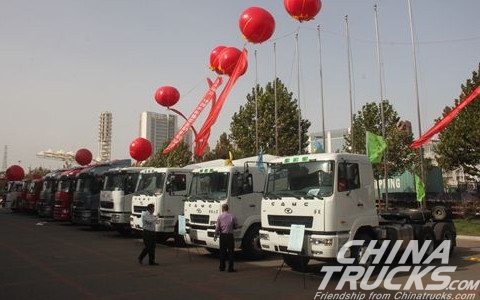 Trucks at the introduction meeting

The big “gift” in his speech refers to Hanma engine researched by CAMC alone.

“In China, many HD trucks use outdated overseas engines because China is short of such a engine leveling off that of international advanced ones. Hanma engine is designed to change this situation,” he added. It is said Hanma engine uses worldclass spare parts such as Bosch and Jacobs, so its performance is the same with its international kind. 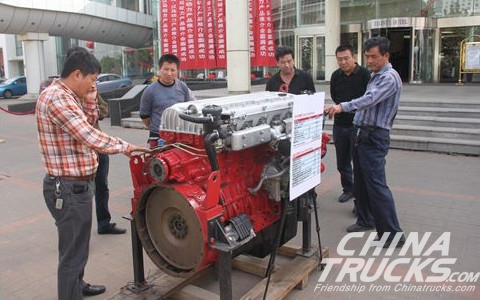 “Compared to other Chinese engines which are broken after 300,000 miles, Hanma ensures to run 500,000 miles,” he says. In addition, CAMC also makes many breakthroughs in gearbox. 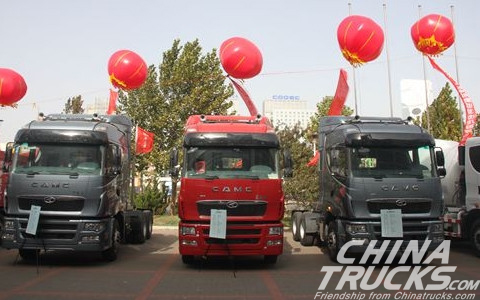 Trucks at the meeting

One of CAMC user—Han Weiguo who is general manager of Tianjin Baofulun Logistics Co., Ltd. sys that he now is hardly to leave CAMC HD trucks after years of use despite knowing nothing about CAMC at the beginning. CAMC lightweighted HD trucks contribute a lot to his company.