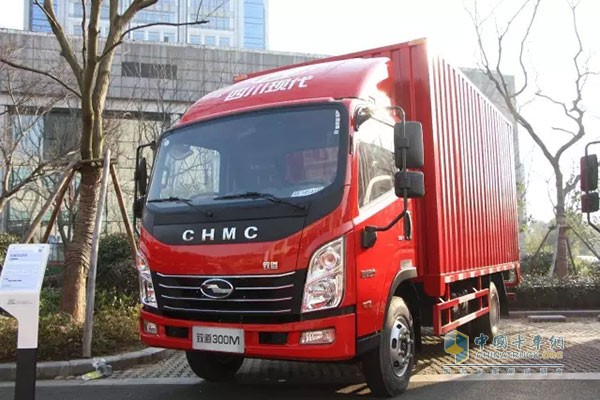 In 2016, CHMC has expanded the product line to improve the overall sales when launching a new product layout in light truck in response to the market demand at all levels. Under the situation that medium end light truck still occupied the market, CHMC ZEDO brand has specially launched a light truck model with perfect performance at good price - ZEDO 300M. Since November 2016, ZEDO 300M had been launched continually in Nanning, Kunming, Chengdu, Changde, Zhengzhou and Suzhou six cities. With moving forward to the terminal market, ZEDO 300M is sought after by the users with its performance and price advantages. With market reputation improving, ZEDO 300M has became a popular light truck model in terminal markets.
Given that the light truck market is downturn in 2016, and the competition among light truck enterprises is fierce, CHMC ZEDO 300M sales maintained rapid growth against global recession. After receiving an order of 85 units in Zhengzhou, the Suzhou conference made another success, eventually won an order of 76 units.

As a more developed region, urban and inter city logistics are developed rapidly in East China contributed to a high demand for logistics vehicles. The launch of ZEDO 300M provides better choice for light truck users in East China, because it can meet the user's strict requirements either in terms of cost performance or truck performance.
Strong power-ZEDO 300M has engine options of Yuchai, YUNNEI, ISUZU and Cummins 2.8 with reliable power output. The maximum power is between 80~105kw, Compared to the same product, It delivers superior dynamic performance and lower fuel consumption.
Beyond comfort-Features a spacious cab and the internal width of 1660mm, ZEDO 300M can easily ride three people. A headrest is provided independent from the auxiliary seat, and the height is adjustable. The vehicle interiors and space around the driver make easier driving and create a quiet and comfortable environment for the driver.
High security-ZEDO 300M has been equipped with ABS system to ensure the driving safety; Extension in brake drum diameter and width improves braking performance; ABS system and the new front disc axle configuration ensure traffic safety; dual brake circulation valve was adopt to improve the braking efficiency; safety belt can be placed in the highest position to ensure driving safety.
Excellent quality-ZEDO 300M was made of high-strength materials and the arrangement of beams was perfectly designed to ensure durability. ZEDO 300M shows excellent durability and quality in partly full load conditions after being adapted strong front-and-rear axles and new molding technology. With the rated flow of fuel filters and service life increasing, the protection of the engine and vehicle dark current, as well as battery life get greatly improved to reduce battery loss in a long time parking.
The launch of ZEDO 300M in Suzhou made great achievements. It laid a solid foundation to enter the terminal market in the New Year. New situation in the new year, CHMC ZEDO 300M light truck will open the light truck market with excellent quality, to become a rising star in the light truck industry.
Related China Trucks News
Do You Want Any Help?