North American orders for trucks in the Class 5 through 8 weight segments climbed to a sixteen-month high of 47,300 units in March, a 19 percent improvement over the same month a year earlier, according to ACT Research. 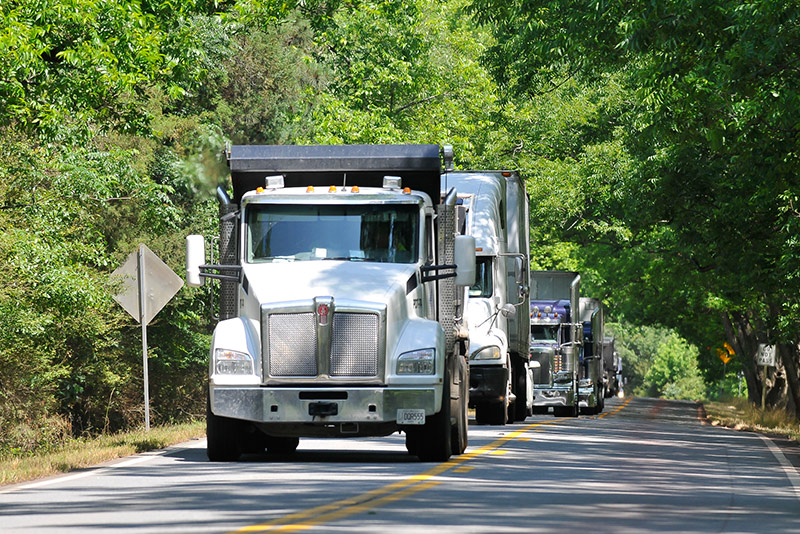 Orders for trucks in the biggest Class 8 weight segment rose 41 percent from March 2016 to 22,800 vehicles, according to FTR Intelligence.
This is turnaround from a prolonged industry slump that prompted production cuts and layoffs among heavy-duty truck manufacturers last year.
However, order backlogs have returned to a “normal rate,” said Don Ake, vice president of commercial vehicles for FTR.
Truck production is expected to increase significantly beginning with the March totals, Ake said.
“There is renewed optimism in the industry,” he said. “Replacement cycles are now getting back into a more traditional pattern. This reflects growing fleet confidence as they see freight growth returning after a difficult 2016.”
Despite a dip in freight tonnage in February, the outlook for the rest of the year looks good, according the American Trucking Associations.
But some analysts expressed caution.
“The recent resurgence in Class 8 demand has been curious given continued weakness in industry fundamentals, as volume and pricing (especially) have both disappointed so far in 2017 in the truckload market,” Michael Baudendistel, an analyst at Stifel Financial Corp., wrote in a report to investors.  “For now, we expect orders to be roughly flat again in April, but we would not be surprised if orders fall off later in the year (perhaps as early as May) given recent demand appears to us to have been driven more by optimism than fundamentals.”
Orders for trucks in the Class 5 through 7 weight segments reached 24,200 units in March, a 3 percent rise compared with the same period a year earlier, according to ACT Research.