www.chinatrucks.com: "Chinese Brands Summit 2017", sponsored by Xinhuanet, was held in Beijing on May 26. FAW Group Corporation ranked the first place with its strong brand influence among Chinese top 100 brands after several rounds of appraisal.

China is experiencing a transformation from Chinese products to Chinese brands, which is essential to improve the quality and efficiency of China's economic development and build a strong economic power. The State Council, China's cabinet, has approved a Chinese Brands Day, to be held on May 10 each year from this year, with the aim to guide the public to better understanding, use and popularize independent brands. 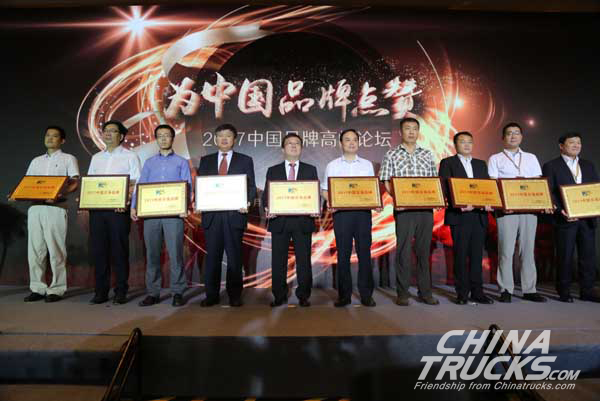 The list of "Top 100 Chinese Brands 2017" was released at the forum. The top 100 brands are chosen according to the earlier network selection results, and combined with corporation's operation, market influence and consumer appraisals. FAW takes first place in the list. Other enrolled brands include ICBC, HUAWEI, Sinopec, Dongfeng Motor, etc.

Since established its Brand Strategy with the core value of "quality, technology and innovation", FAW has focused on the work of brand planning and building, so as to increase its brand value constantly. According to the list of "China's 500 Most Valuable Brands 2016" released by World Brand Lab, FAW ranks 9th with the brand value of 191.828 billion yuan (RMB), increased 55.549 billion yuan (RMB) year on year. FAW has ranked the first among automotive industry for 13 consecutive years. In the list of Fortune Global 500 2016, FAW ranked 130th.

May 10 marks China’s first “Chinese Brand Day”. The setting up of the Brand Day is an important way for the nation to guide people to know Chinese brand, use Chinese brand and promote Chinese brand, indicating “Brands play a leading role” upgrading to a new height. The summit forum this time is a response to the nation’s call and a way to increase brand awareness, to share development experience and promote the brand construction by means of inviting political leaders, industrial experts and corporate representatives to trade opinions. 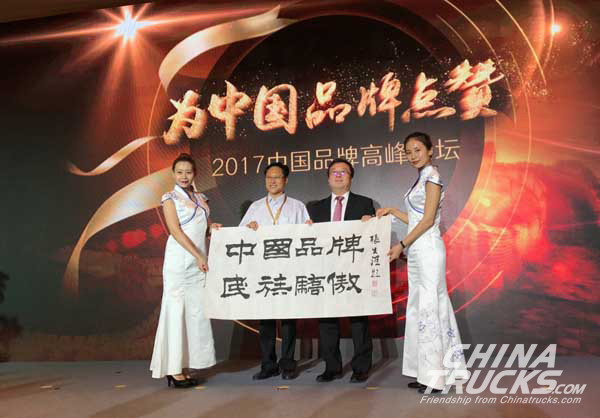 With the continuous improvement in brand influence, FAW constantly speed up its pace of "going global". Encouraged by the Belt and Road Initiative, FAW has expanded its overseas business in 48 countries from Southeast Asia, Africa, the Middle East, and Latin America. FAW has 49 dealers and 227 secondary distributors around the world. Up to now, 260,000 vehicles of FAW have been exported abroad. The exports of complete vehicle and parts are over 5 billion yuan (RMB).