Tata, Hyundai to Boost Sales of CV in Indonesia

www.chinatrucks.com: Japanese companies supply over 90% of Indonesia's passenger vehicles. Now India's Tata Motors and South Korea's Hyundai Motor are trying to challenge this dominance by boosting sales of commercial vehicles, the demand for which is expected to steadily climb. 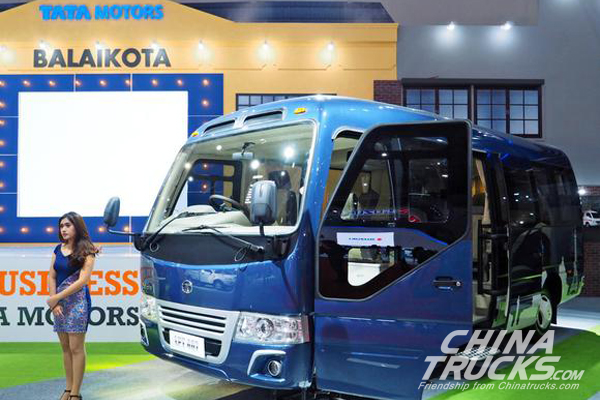 The two automakers even think they will be able to sell their commercial vehicles to local government agencies.

Tata has said it will introduce the LP 407 small bus to Indonesia. The 17-seater is smaller than the previously marketed 29-seat LP 713. It will be priced at 543 million rupiah ($40,700). Tata expects demand from travel agencies, bus operators and other concerns.

In Indonesia, buses are increasingly in demand as the country's middle-class masses begin taking advantage of their new economic status by going on vacation and moving between big cities.

As domestic tourist numbers soar, travel agencies and tour operators are using more buses. A lack of reliable alternatives (think trains) has been pushing up demand for buses between Jakarta and Bandung, the capital of West Java Province, a 150km ride, as well as on other routes.

Tata has tried to sell passenger vehicles in Indonesia before. But the Japanese juggernaut was hard to crack, and a local sales representative said, the company decided to focus on commercial vehicles.

Tata has been boosting its lineup of trucks and other commercial vehicles in anticipation of a rise in demand now that President Joko Widodo is trying to get some massive infrastructure projects off the ground. Tata plans to strengthen not only its products but its repair and other services as well, said Biswadev Sengupta, president director of Tata's local unit.

Hyundai Motor, which currently produces and sells minivan passenger vehicles in Indonesia, is also focusing on commercial vehicles. It took its H-100 truck that it already sells in Indonesia and remodeled it into an ambulance. The H-100 Ambulance will be sold for about 800 million rupiah, including interior fixtures, according to the company.

Thanks to the introduction of a national insurance program, the BPJS, among other factors, Indonesia has been experiencing a surge in the number of hospitals. Siloam International Hospitals, the archipelago's largest hospital operator, plans to increase the number of its hospitals to 50 by 2019. Hyundai Motor is hoping sales of ambulances grow accordingly.