The heavy-duty truck manufacturer on Thursday announced it will unveil its “next-generation highway model” on Sept. 13. In the meantime, Mack has launched an online campaign featuring photos, behind-the-scenes videos and other exclusive material leading up to the launch. 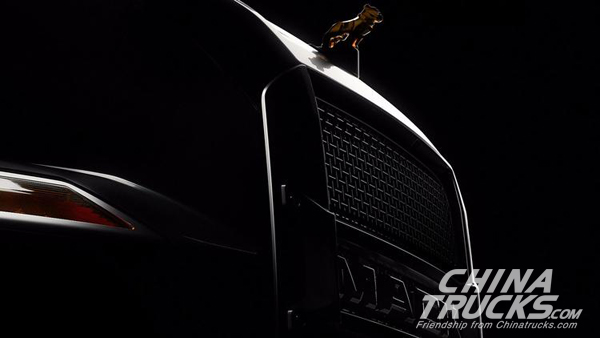 “We have a long and storied history of building trucks that our customers can depend on, and I can tell you that this new model proudly carries on that tradition,” John Walsh, Mack’s vice president of global brand management and marketing, said in a news release. “We’ve only just started to flow information about the new offer into the market, but the response has already been tremendous, and we look forward to continuing to unveil more in the weeks leading up to the launch on Sept. 13.”

After the launch, Mack’s workforce in the Lehigh Valley will get to put the new highway truck together.

The company’s 1-million-square-foot facility in Lower Macungie Township is where all Mack trucks for the North American market and export are assembled. The company’s Lehigh Valley Operations, as they’ve been dubbed, employ about 1,800 people, spokesman Christopher Heffner said.

Due to increased demand in the heavy-duty truck market, Mack has been hiring lately. Heffner said the Lower Macungie plant, which is being updated via an $84 million investment to make the facility more modern, integrated and efficient, is building trucks at a “rate in line with market demand.” But, he added, the facility is still hiring.

Heavy-duty tractor production estimates have increased steadily over the past several months, Stifel analysts wrote in a report last month, as small and mid-sized buyers have returned to the market and inventories have nearly right-sized.

While Mack and its parent company, Sweden’s Volvo Group, received a surge in orders in the first quarter, Stifel analysts wrote in the report that Volvo’s market share has fallen steadily in North America due to “dated designs.” Stifel did not break out Mack’s share from Volvo’s.

If the design was dated, it shouldn’t be much longer. Volvo Trucks unveiled its new Volvo VNL series earlier this week, and Mack said its new highway tractor will feature a functional design that maintains the company’s strong, authentic and reliable reputation.

“If you were to take the bulldog off the hood and you were to take the Mack nameplate off the grill, you would still look at that and, if you knew anything about trucks, you would be like, ‘That’s a Mack truck,’” Jonathan Randall, senior vice president of sales for Mack Trucks North America, says in the video on the highway truck’s launch site.

In addition to the new highway model, Mack will also bring an all-new interior to its construction-focused Granite models.