www.chinatrucks.com: he Bosch Group is further extending its manufacturing capacity in China. The supplier of technology and services is investing nearly 100 million euros in a new plant in the south-eastern Chinese city of Nanjing. Starting in 2019, the plant with a surface of approx. 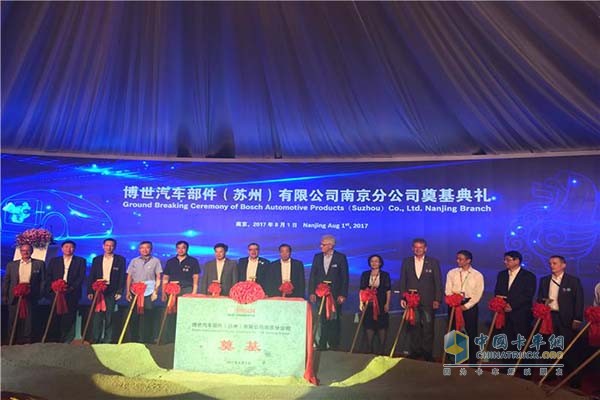 20,000 square-meters will manufacture Bosch’s iBooster for customers in Asia Pacific. This vacuum-independent electromechanical brake booster is a key component for electromobility and driver assistance systems. “China is the world’s largest automotive market. Our new plant in Nanjing is a reaction to the increasing demand in China for solutions that enable automated and electric driving,” says Dr. Dirk Hoheisel, a member of the board of management of Robert Bosch GmbH. “It will allow us to offer our customers in China products and services that are tailored to the requirements of the local market.” 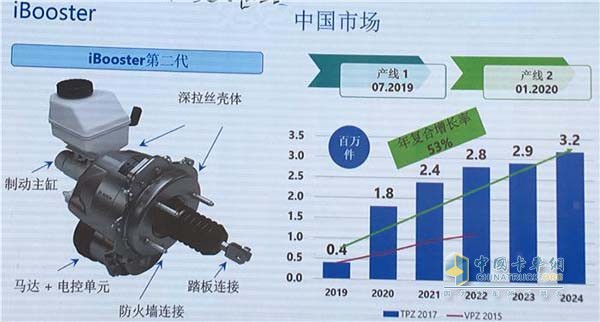 Bosch’s iBooster fulfills all the requirements of a modern braking system. In addition, it is suitable for all powertrain concepts – in particular hybrid and electric vehicles. By recovering braking energy nearly completely, it increases the range of electric vehicles. And by building up pressure faster, it makes braking distances much shorter when emergency braking is performed automatically. In China, more than 260 million people live in so-called megacities – conurbations with populations exceeding 10 million. As traffic congestion and automation increase, the iBooster will help promote greater energy efficiency and safety on China’s roads.

The new plant will also be equipped with Industry 4.0 solutions. A digital production control system, for example, will allow faster reaction times to short-term market changes as well as a real-time overview of the entire value chain. Currently, 14 of Bosch’s plants in China feature connected technologies. With regard to Industry 4.0, the company is a leading user and a leading provider. In China, Bosch is partnering with the Chinese State Council’s Development Research Center (DRC) to drive forward connected manufacturing across the country.

Bosch has been present in China since 1909. All four of its business sectors now operate at more than 60 locations in the country. As part of its efforts to drive forward its successful localization strategy, Bosch invested around 660 million euros in its Chinese locations in 2016. In November 2016, for example, BSH Hausgeräte GmbH opened a research and development center in Nanjing. Since April 2017, Bosch has been manufacturing electronic components for automated driving and connected products at a new automotive electronics location in Wujin. At the end of this year, a new plant in Wuhu will begin production for the Car Multimedia division. Over the last five years, the Bosch Group has invested more than 2.5 billion euros in China – and almost 4 billion euros over the last ten years. In 2016, the company generated sales of 12.5 billion euros in the Chinese market. With some 59,000 associates, China is home to the largest Bosch workforce outside Germany.