Location:Chinatrucks > news > industry news > Top 10 News of XCMG Over the First Half of 2017 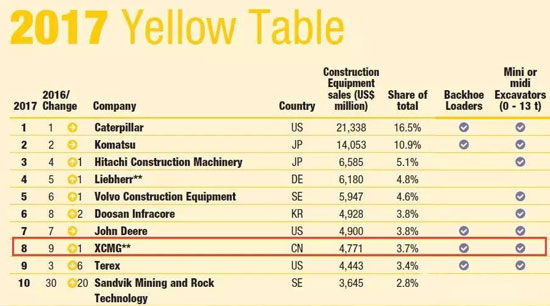 Rodrigo Duterte, President of the Philippines held a Meeting with Mr. Wang Min, Chairman of XCMG 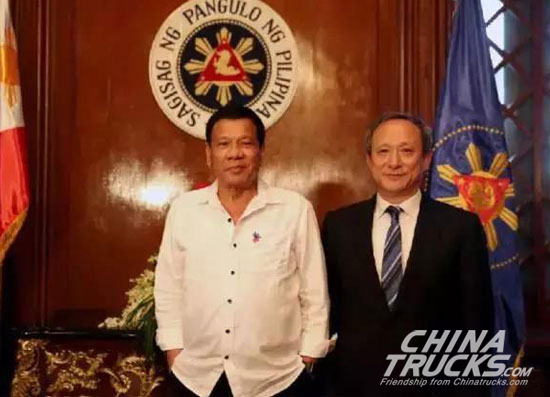 Conexpo-Con/Agg: The Journey of XCMG Rebranding “Made in China” in U.S. Market 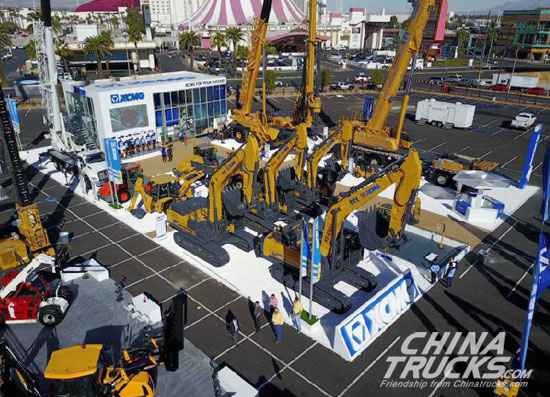 From 7th to 11th of March, Conexpo-Con/Agg was grandly held in Las Vegas, USA. As the representative of China’s construction machinery manufacturer and the pioneer in intelligent manufacturing, XCMG showed its excellent products with cutting-edge technologies at the exhibition and won widespread recognition and praise from global customers. 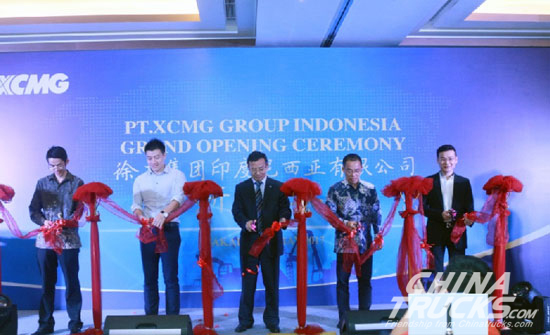 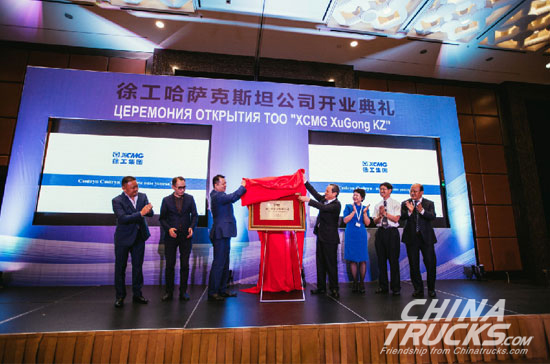 Mr. Liu Jiansen introduced the development history of XCMG in Kazakhstan and the strategic and marketing plans of the company’s local branch, saying that, in future, by joining hands with local distributors, XCMG Kazakhstan Company shall provide local customers with a more perfect one-stop experience and facilitate the sustainable development of XCMG in the country, creating a solid foundation for radiating over the whole Central Asia.

Mr. Wang Min, Chairman of XCMG, said to the reporter that: “In the first four months of 2017, XCMG has exported products worth USD 290 million, an increase of 97% over the same period of last year. This won’t be happening if we fail to keep on building our brand, improving our services, enhancing the quality of products and earning the trust of customers. In the coming years or decades, we will input capital, energy and manpower into global efforts, in particular those in countries along the Belt and Road. This includes merger and acquisition, networking construction and base development.”

According to the data released by the Customs, the export volume of XCMG in May has exceeded RMB 400 million, a year-on-year increase of 135%. Vice mayor, Mr. Xu Haidong sent a letter of appreciation to XCMG, on behalf of the Municipal Government of Xuzhou, expressing his gratitude to XCMG for its contribution to the import and export growth of Xuzhou. 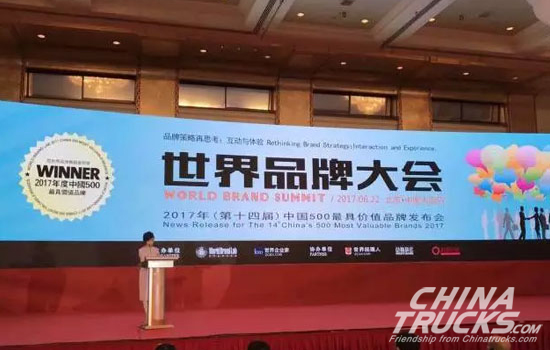 On June 22, 2017, the news release of 14th World Brand Summit & 14th China’s 500 Most Valuable Brands was held in Beijing. The World Brand Lab issued the ranking of 2017 China’s 500 Most Valuable Brands, XCMG claimed the leading position in China’s construction machinery industry, ranking No.67 with a brand value of RMB 51.243 billion, improving RMB 8.162 billion compared with that of 2016 (RMB 43.081 billion) with growth rate of 18.9%. It marks the fourth consecutive year of top ranking in the industry since XCMG’s entry. 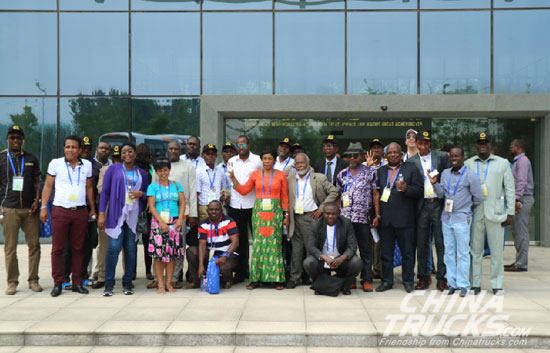 The 13th China Industrial Forum was grandly held in Diaoyutai, Beijing. As a pioneer and leader in China's construction machinery industry, XCMG was invited to attend this forum. Chairman Mr. Wang Min delivered a keynote speech on climbing the Mount Everst of industry with leading technology and everlasting products.