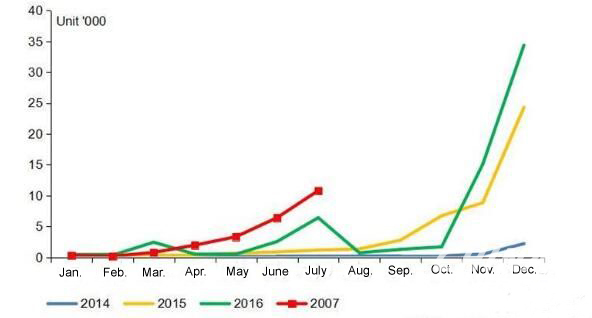 In July, Dongfeng, New Chufeng, Kissunauto and Ruichi are top four enterprises with impressive sales. Hubei New Chufeng achieves sales of 3926 units in July as number one on the ranking list, followed by Kissuauto, 2001 units, Dongfeng 1045 units, and Ruichi 1017 units. 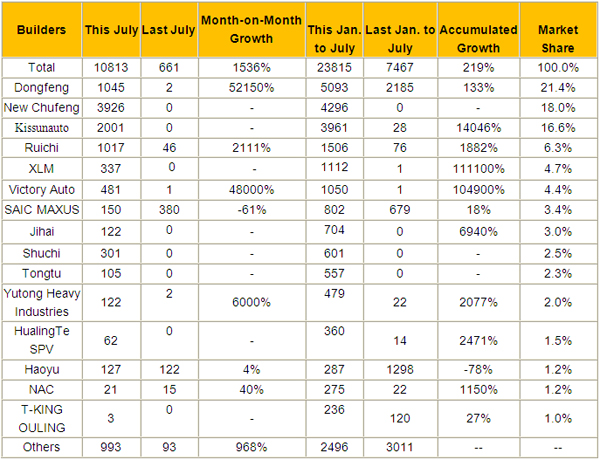 From January to July, Chongqing Ruichi, specialized in developing mini logistics vehicles, saw its total output capacity of 1506 units, up 1882% year over year. While its market share stands at 6.3%, making it the fourth largest enterprise in the pure electric special vehicles industry. NLM motor ranks among the fifth player with a sales volume of 1112 units and market share of 4.7%. Victory Auto comes as number six on the ranking list with a production of 1050 units and market share of 4.4%

SAIC MAXUS and Jihai New Energy also report a positive increase at 3.4% and 3.0% respectively to 802 units and 704 units, making them number seven and eight player on the list. The big difference between them is that SAIC MAXUS focus on developing pure electric logistics vehicle with 4 tons on the basis V80 wide-body bus while Jihai on those below 2 tons.

If the trend continues, there is a chance for pure electric logistics vehicle to realize 80 thousand-100 thousand sales in the year of 2017. 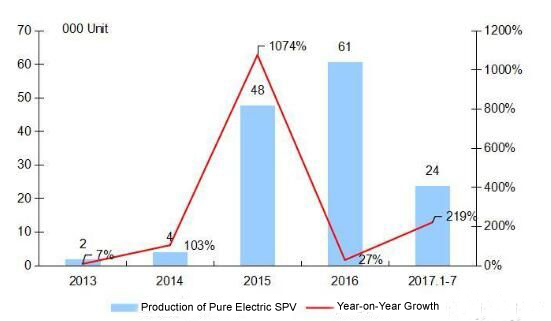