www.chinatrucks.com: Currently, facing the adverse international market situation, JAC captured the strategic opportunity of the 'Belt and Road', and pushed the products and markets into middle and high end level. From January to July, JAC has exported more than 40,000 units, up by 40% (14% higher than the industry growth), and ranked as NO.4 in the industry, with further improvement of brand image and brand reputation. 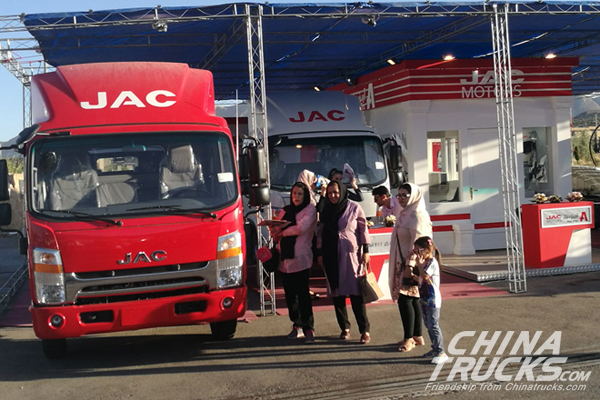 In the commercial vehicles, JAC has realized a series of achievements in the development of key markets and has remained top positions in the exports of light-duty truck industry for several years. The high-end light-duty trucks equipped with 4DA1 engines and Cummins engines have occupied the total light-duty truck exporting volume by approximately 90%, besides, JAC has exported more than 1700 units of pick-up with the increase of nearly 200%, and moreover, JAC Van V1 successfully won the bidding of 50 ambulance projects which Chinese government assisted Ukraine government.

JAC passenger vehicles have continuously optimized the products'structure and improved the ration of high value-added products. During January to July, JAC has exported nearly 26,000 units of SUV products, up by 86% who is the No.1 position in the industry exports with 4000 units ahead of the second position. Right now, JAC has formed the competitive products portfolio of S5, S3 and S2. In Iran, JAC passenger vehicles sustained its hot sales; In Brazil market, JAC end sales stood at the No.1 position among Chinese brands. 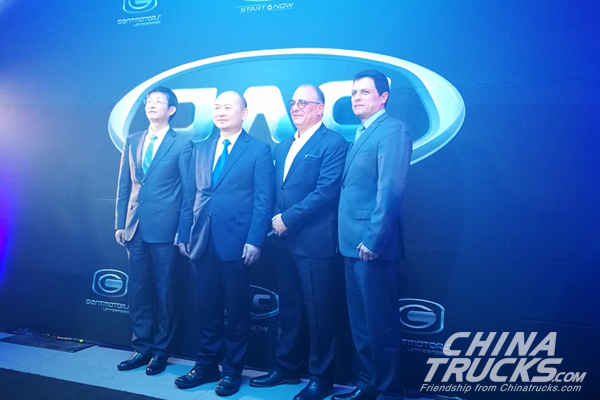 As the middle and high-end market adjacent to America, Mexico has over one billion annual sales with fierce competition. In 2013, JAC cooperated with Navistar to jointly develop Mexico market, whose products won the favorable comments of the fleet customers and media once they staged their appearance in the market. Under the guidance of brand upgrading, JAC passenger vehicles were launched into the market at the end of March this year, through the productive introduction and distributors'professional operation, JAC middle and high-end brand image has been initially established.

Meanwhile, JAC has actively developed the 'Belt and Road'countries, and right now, JAC has exported products to nearly 30 'Belt and Road' countries, whose exporting volume has covered two-thirds of all JAC exports, among which , JAC demonstrated outstanding performance in Iran, Vietnam, Kazakhstan and so on.