Dongfeng Trucks Makes a Successful Entry into the Russian market 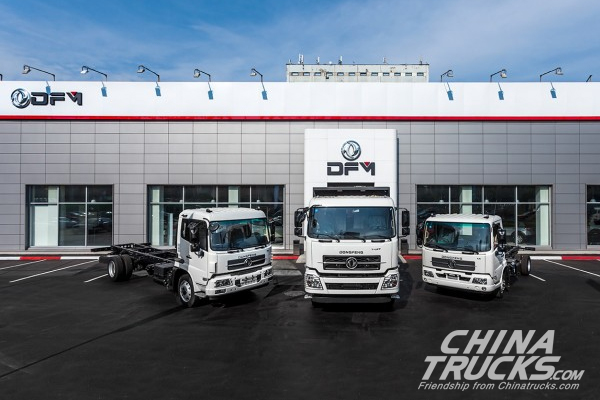 Recall that in Russia until recently there were operated simultaneously several independent distributors of commercial equipment Dongfeng Motor, each of which had its own dealer network. From July of 2017, Dongfeng Motor Rus became the sole distributor of Dongfeng and it will supply vehicles directly from the plant. The company will keep about 30 dealers, who worked before, having signed dealership agreements with them. Now they are searching actively new partners and expanding the dealer network. To date, more than 6,000 units of Dongfeng branded trucks have been sold, and the main driver of sales during this period were dump trucks. The first models, which the company plans to promote and sell in the Russian market on its own, are Dongfeng KC dump trucks with a wheel arrangement of 6 * 4 and 8 * 4. In addition to them, chassis for medium duty trucks Dongfeng KR with a total weight of 8 and 12 tons are already available for ordering. In 2018, two more models will be withdrawn.

At the same time, by the end of 2018 the company plans to open three warehouses of spare parts for Dongfeng trucks: in Moscow, in St. Petersburg and in Chelyabinsk. As noted, Dongfeng Motor considers the Russian commercial transport market as the promising for the DFM brand, and the fact of the opening of direct distribution confirms the serious intentions of the company in Russia. First of all, it is planned to pay attention to the organization of a reliable after-sales service network and promotion of the DFM brand in the market, certification and expansion of the model range. The parallel development of two directions: commercial and passenger transport, according to Dongfeng Motor, will affect positively the growing recognition and reputation of the DFM brand as a whole.