www.chinatrucks.com: At the International Exhibition of Commercial Vehicles COMTRANS of 2017, FAW will present two updated FAW-CA3310 and FAW-CA3250 dump trucks, informs the press service of the Chinese manufacturer. 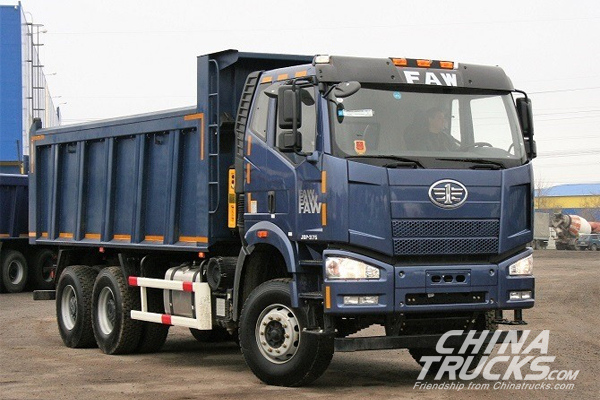 Also, the cars got an improved J6 cockpit with an updated instrument panel: now it is LCD, more informative, the readings on the display have become more clear and easier to read. A new 4-point suspension mount maximizes impact and reduces vibration during driving.

Other improvements include the appearance in the construction of dump trucks SACHS, which improves the running characteristics of the vehicles and increases their reliability. Also, trucks are now equipped with the "ERA-GLONASS" system, which makes it possible to call promptly rescue services in the event of an accident.

In addition to the above-mentioned updates, the FAW-CA3250 dump truck has the choice of wheelbase and body of one of two sizes - 18 and 20 cubic meters in volume. Along with the updated FAW-CA3310 and FAW-CA3250, the Chinese automaker will present at its stand FAW-CA3250 chassis, which allows the installation of trucks of various kinds of superstructure.