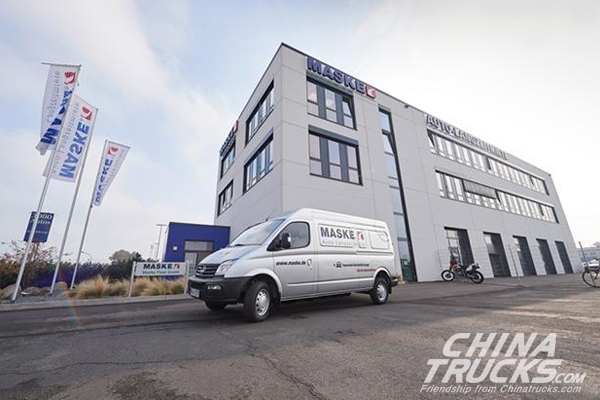 According to SAIC Maxus, EV80 will be operated by Maske Group, the biggest light commercial vehicle rental service provider in Germany. It is also the first time for the company to make purchases from China.

With the highest technologies and the longest continuous driving distance, EV80 has already obtained ECE E-mark. With a continuous driving distance of 192 km, the vehicle is equipped with lithium iron phosphate batteries with a power storage of 56 KWh. Having further optimized its batteries, electric motor and electric control system, EV80 can hardly find a rival in terms of safety standards.

In April this year, SAIC Maxus new energy products EV80 and EG10 were revealed at Birmingham Auto Exhibition. On September 28, EV80 made its way to New Zealand. 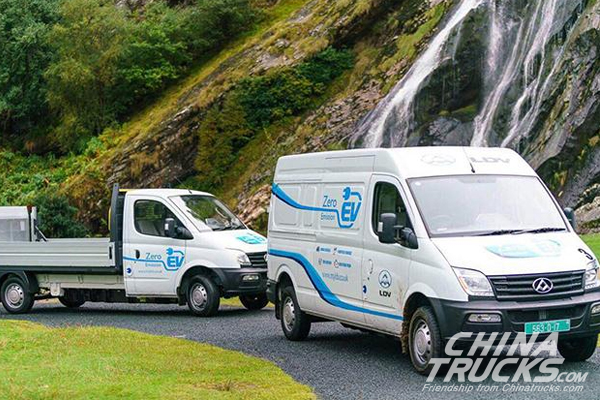 Thanks to its years of relentless work, SAIC Maxus has already established an enviable presence in European market. In 2016, it obtained an order of 3,000 units van in Europe. In December, 2015, SAIC Maxus successfully beat other big names and won the bid for providing 260 units vehicles to Irish Postal Service.

From January to October, SAIC Maxus realized a sales volume of 6,868 units in its overseas market, up by 26% year on year. According to the company, customers from the developed countries contributed the most its overall sales abroad this year. (www.chinatrucks.com)