BYD recently delivered to the City of Palo Alto and the city’s waste management firm GreenWaste its first all-electric automated side-loader garbage/refuse truck, according to a recent reports. 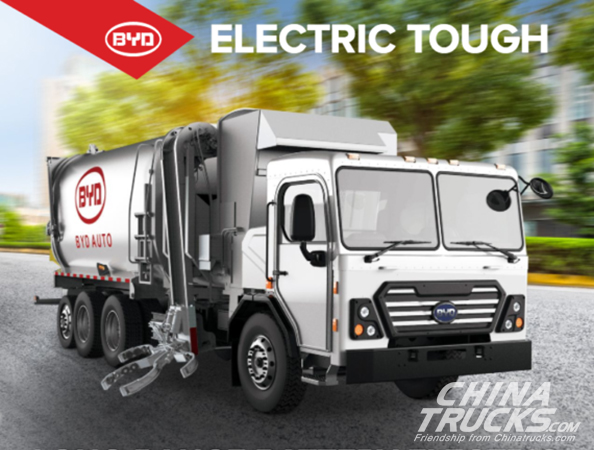 The new BYD electric garbage truck utilizes its battery pack to provide propulsion (to move it forward and backward) as well as for the operation of its hydraulic system — with the truck possessing a range of 76 miles per full charge and a charge time of only 2–3 hours.

The newly delivered truck will reportedly be used for a variety of different service routes in the city — including urban and residential ones, and some featuring steep inclines — as part of its initial deployment.

The vice president of truck sales at BYD Heavy Industries, Andy Swanton, commented on the news: “BYD wants to electrify everything in transportation, and we see great potential for turning over diesel or natural gas refuse truck fleets to zero-emission, battery-electric trucks. This battery-electric refuse truck in Palo Alto will save GreenWaste tens of thousands of dollars annually in fuel costs while completely eliminating tailpipe emissions and operating quietly in residential neighborhoods.” 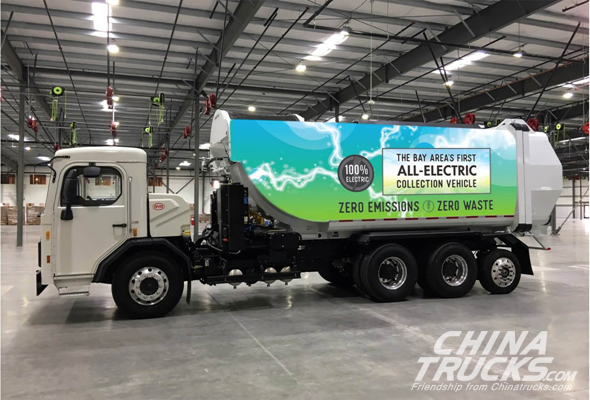 Green Car Congress provides more: “GreenWaste and the City of Palo Alto will enjoy savings of more than $16,000 annually due to the truck’s high-efficiency electric motors and controls, as well as less maintenance required for the propulsion systems, fewer fluids to change, less brake wear due to regenerative braking technology, and fewer moving parts overall.”

GreenWaste will be monitoring the initial deployment of the new refuse truck closely, with the purchase of additional trucks being essentially a given should things go well. Owing to the stop-and-start nature of refuse/garbage truck operation, electrification in the sector should prove particularly cost-effective thanks to regenerative braking and no need to burn energy while sitting stopped for a moment. (www.chinatrucks.com)