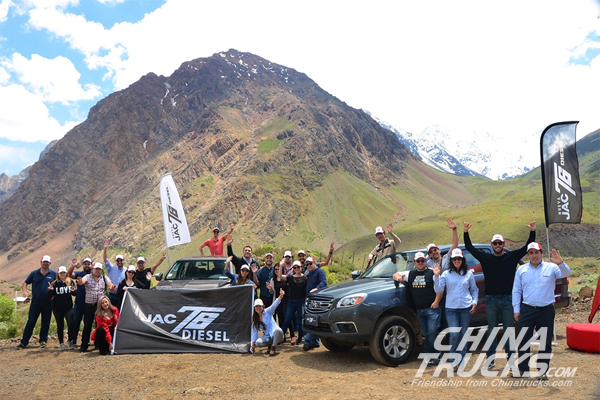 This time, the distributor firstly arranged the sales staffs' training and test drive at the end of October, and then started the pilot sale in the main nets, within the short ten days, it has realized the sales of 33 units. 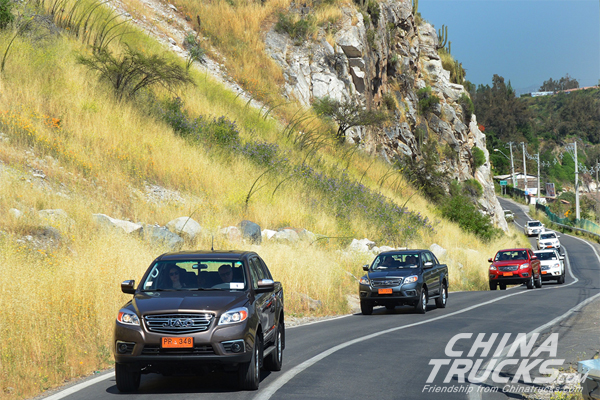 On Nov.12th, the distributor has invited famous media for test-drive. On the date of the activity, 20 journalists from the main media drove 7 pick-ups to leave from Santiago headquarter to the highlands with the elevation of 1200m, and the total test dive distance was 300km.

After the test drive, many media have published the reports, officially announcing the official launch of JAC diesel pick-up. (www.chinatrucks.com)