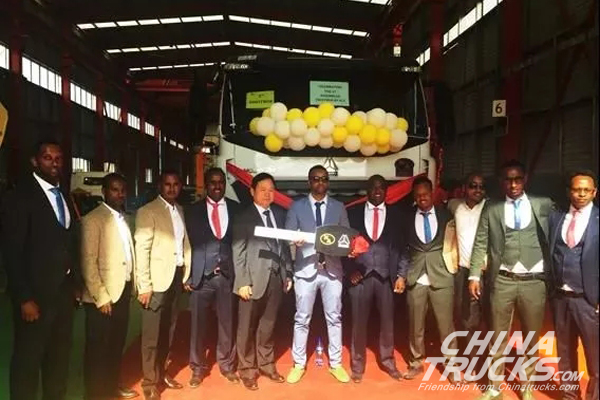 Mr. Tadesse Haile, an Economic Advisor of Prime Minister’s Office, together with a number of other government officials and CNHTC’s customers in Ethiopia and journalists from various media attended the opening ceremony.

As one of CNHTC’s key markets in East Africa, Ethiopia introduced nearly 5,000 units vehicles made by CNHTC in 2017. By joining hands with NA Corporation, a leading player in Ethiopia’s auto market, CNHTC hopes to further strengthen its market presence in the country. With an total investment of 250 million Birr (about 60 million RMB), the KD assembly line will further diversify CNHTC’s product line in Ethiopia.

CNHTC has long been determined to go global. So far, it has built well-connected sales and after-sales networks in global market. (www.chinatrucks.com) 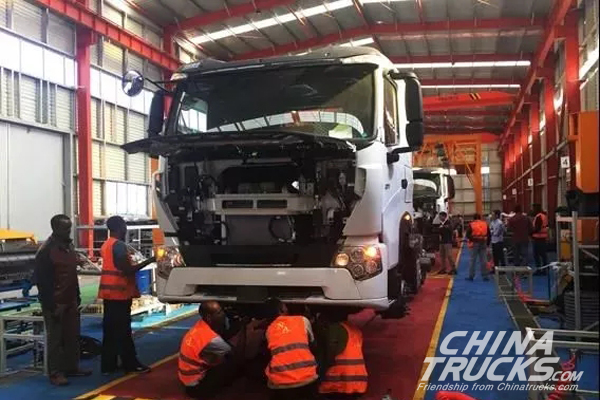