476 Units Jiefang J6L Trucks to Be Delivered to Suzhou 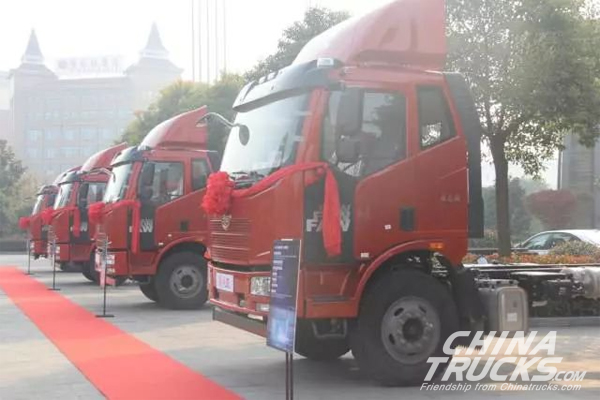 During the campaign, a total number of 476 units Jiefang J6L 4X2 6DH trucks were sold. According to the truck maker, all these vehicles will soon be delivered to their customers in Anhui for operation. (www.chinatrucks.com)