Recently, XCMG issued the reports for three quarters. During the reporting period, XCMG’s total operating revenue for the first three quarters increased 78.20% over the same period last year and the net profits attributable to shareholders of the listed company increased 370.39%. 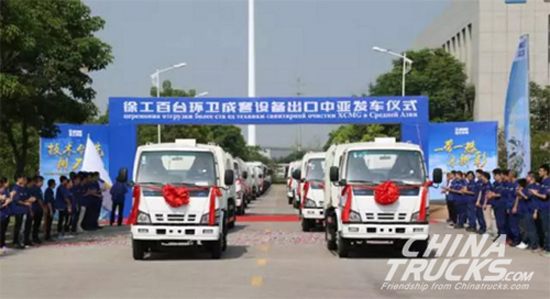 From January to September this year, the construction machinery industry in China took on a better overall climate than that in the same period of last year. XCMG fully expanded both domestic and oversea markets and experienced growth in both traditional industries and emerging sectors.

In the traditional industries, XCMG truck cranes increased by 117% in the first three quarters, still occupying half of the domestic market share. The sales volume increased substantially, compared with that in the same period of last year. XCMG crawler cranes have been the best sellers for the third year in a row. The share of models with more than 300t has been raised by more than 10%, securing XCMG an absolutely leading position that is hard to shake. The cranes with thousand tonnage are thriving, especially large-tonnage crawler cranes, which have become major forces and preferred choices in various types of major energy projects. The excavator business increased significantly: the growth rate from January to September increased 180%, compared with that in the same period of last year, and the products occupy nearly 10% of the market share. Traditional products such as loaders and road machinery have also experienced significant growth. 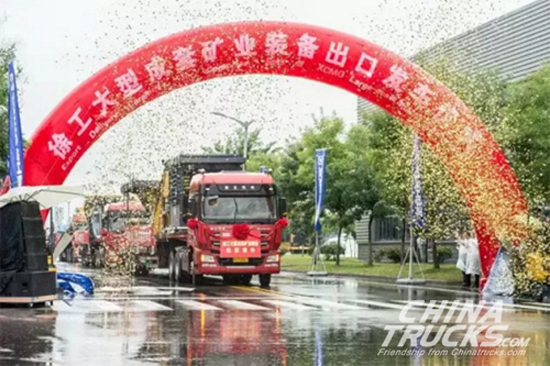 In the meantime, the international strategy of XCMG has achieved fruitful results. The active deployment of the “Belt and Road Initiative” strategy for the first three quarters has led to breakthroughs in the core markets which are the countries along the “Belt and Road”. Moreover, XCMG has become one of the few manufacturers of super-large and high-end mining excavators and mining trucks whose equipment is exported to many foreign countries and core markets that were monopolized by foreign brands before. (www.chinatrucks.com)