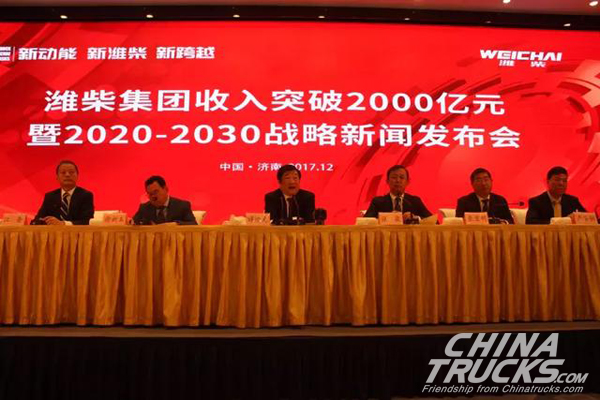 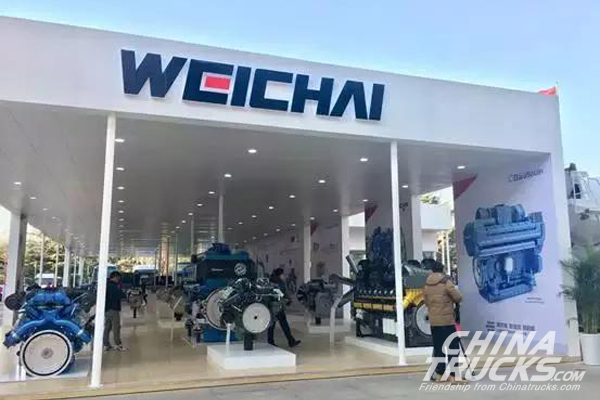 Apart from the sharp increase of its business income, Weichai has also been undergoing dramatic changes in recent years. Specifically, it has successfully built a golden industrial chain with its powertrain at the core; after acquiring Shaanqi, it has added a new brand in the global heavy-duty vehicle market; by allocating its global resources more efficiently, Weichai has become an internationally recognized brand; by pursuing a innovation-driven development road, Weichai has successfully realized its own business transformation.

In just a decade, Weichai’s investment in researching and developing engines reached 15 billion RMB. Moreover, it has hired over 300 overseas high-level talents.

From 2020 to 2030, Weichai aims to increase its business income to 100 billion USD. In the meantime, it will make an all-out effort to strengthen its overall competitiveness in the global engine-making industry by 2020. In 2030, it will play a leading role in the global engine-making industry. To achieve such ambitious goals, several concrete measures will be carried out. Specifically, it is rolling out more integrated distribution solutions for its customers; it is building hydraulic powertrain systems by integrating Linde hydraulics and Weichai engines; it is better allocating its global technological resources; by 2020, its diesel engines’ heat efficiency will be improved from current 46% to over 50% and its natural gas engine’s heat efficiency will be improved from current 39% to 42.5%; AT and AMT transmission gearboxes and electric driven axles will become its main products. (www.chinatrucks.com)