Ghandhara Nissan is a Karachi based Pakistan automaker which has stopped making the iconic UD trucks—a medium sized duty truck in favor of Chinese Dongfeng range of trucks. As per reports, Ghandhara Nissan barred the making of these trucks as UD Corporation Japan shut down it’s manufacturing a few months back. 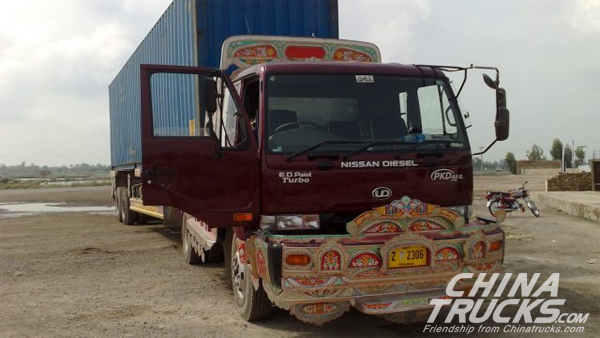 It is also worth mentioning that Ghandhara Nissan just made one truck in July while no production was reported in the time span between August and October. It was high time to replace the already offered products with something new hence the company did replace the Nissan UD truck with other product.

Additionally, the company is also said to be engaged with the assembling of Chinese Dongfeng trucks for the past three years.

Not only the firm is assembling the trucks locally but is also importing the completely built-in units (CBUs).

Also, a few days back a campaign—Free check-up initiated by Ghandhara Nissan ended. The basic aim of the campaign was to provide free treatment to the Dongfeng trucks. It was a nation-wide campaign. The service offered by the company for the Dongfeng trucks were:

Free inspection of the Dongfeng trucks

Ghandhara Nissan Pakistan was also involved in discussions with Renault to collaborate and launch cars in Pakistan. However, for unknown reasons, the talks failed, and Renault collaborated with Al-Futtaim to launch and assemble its vehicles in Pakistan. It was also in news that Renault might take over Ghandhara Nissan Plant. Along with that, it was also reported that Renault would be investing $100 million for the expansion of the capacity of the current Nissan Plant. But all this news went in ashes when their talks ended without any conclusions.

The Ghandhara Nissan is keeping itself active for capturing more auto market. (www.chinatrucks.com)