Navistar International Corp. cemented a long turnaround from a series of strategic and technological errors by posting its first annual profit since 2011. 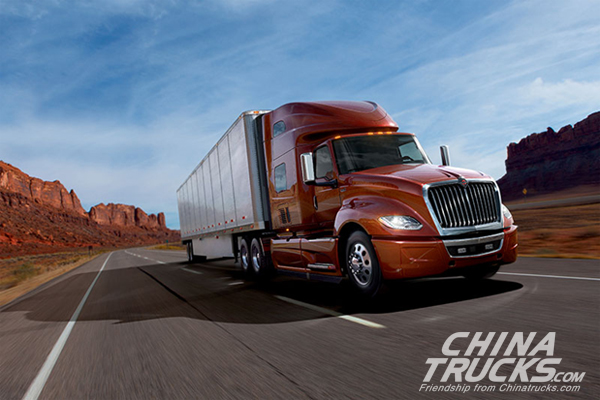 The Lisle, Ill., maker of International trucks, IC buses, defense vehicles and engines earned $135 million in its fiscal fourth quarter of 2017. That reverses a loss of $34 million from the same quarter a year earlier.

Navistar logged a $30-million profit for the full year. That compares with a loss of $97 million in the prior year.

Much of the gain has come from selling more trucks. Navistar’s market share grew by 1.5 points across all of its product lines in 2017, the largest single-year gain in eight years, Clarke said.

“We believe the results should bolster confidence that the turnaround is fully underway at Navistar,” said Michael Baudendistel, an analyst at Stifel Financial Corp.

The “stronger-than-expected results should give the market more confidence in the company's progression towards significantly higher earnings over the long term — especially as the company has only just started to win back lost market share,” Baudendistel said.

Navistar is capitalizing on a new product lineup, including its A26 engine, a new medium-duty truck, updated Lonestar long-haul semi-tractor and the reintroduction of its RE series commercial bus. Clarke said the company could have reached profitability earlier, but opted to first invest in its new International LT series, which was released last year.

“I’ve never seen a turnaround that didn’t culminate in a new product that really represented the capabilities of a new organization,” he said.

By the end of 2018 the entire product range will have been replaced with new models. Navistar will also have entered the market for trucks in the medium-duty Calls 4 and 5 weight segments.

Navistar is recovering from design errors for diesel-exhaust technology to meet federal standards for nitrogen oxide emissions. The company attempted to introduce trucks that used a pollution-cutting technology known as gas exhaust recirculation. But the technology also created reliability and fuel economy issues for its trucks and tarnished the manufacturer’s reputation. Sales plunged, warranty costs soared and losses climbed.

In the latest quarter, Navistar took a $31-million charge for punitive damages paid to a Tennessee trucking company which had purchased trucks with faulty Maxxforce engines from Navistar in 2011.

Clarke said the company had gone to great expense to fix issues for other customers and avoid further litigation, “including spending every warranty dollar,” and had won six other cases on the issue.

Ultimately, he said, “it’s certainly important that this stuff gets addressed, but this is not going to be a big rock in the road for our continued process. I don’t anticipate we will have any reversal in fortunes as we sort through this stuff over time.”

The truck company is now looking beyond fossil fuel vehicles, honing a strategy to enter the electric vehicle market, with an electric school bus and electric medium-duty vehicle through its partnership with Volkswagen Truck & Bus.

The German automaker purchased 17 percent of Navistar for $256 million this year and took two seats on Navistar’s board. The two companies have launched a series of joint initiatives, including the electric truck venture and the development of so-called big-bore diesel powertrains, which the industry defines as 11-liter to 15-liter engines. It has been a great business and cultural fit, Clarke said, and he expects even further “synergistic” savings and innovation to come.

There is much disruption happening within the truck manufacturing space, despite the substantial coverage of those “outside” it, like Tesla, Clarke told Trucks.com. He said there will be more International trucks from Navistar on the road by 2025 than trucks from Tesla.

“Customers know us, and they know that when we give them a truck it gives them a guarantee that this truck is going to serve their needs, because we understand how our customers make money,” he said. (www.chinatrucks.com)