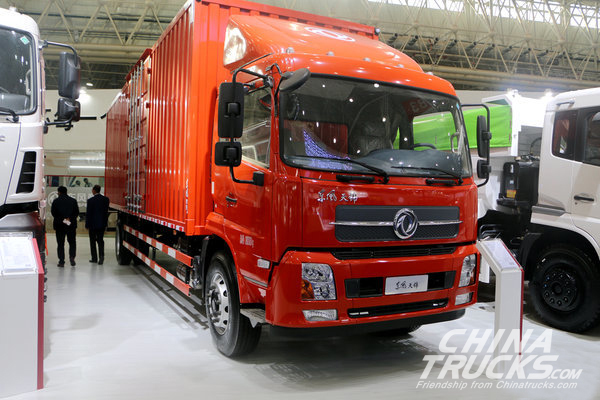 Dongfeng Trucks will benefit from SMT's large network and extensive logistics to ensure the availability of genuine parts across the region. Meanwhile, its trucks will complete SMT's product portfolio in Africa

The move has been seen as part of the parent company Dongfeng Motor Group's efforts to improve its global aftersales service network.

According to Si Tu, vice-general manager of Dongfeng Trucks, customers care most about the reliability of their trucks, and parts and maintenance is crucial to improving reliability. "This is one of the reasons why we choose to cooperate with SMT Africa," he said.

Chinese vehicles do well in overseas markets due to their low prices, but good aftersales service should follow this, said Liu Weidong, vice-general manager of Dongfeng Motor Group.

According to the China Association of Automobile Manufacturers, exports of Chinese vehicles for the first 11 months reached 797,000, up 26.6 percent year-on-year.

The rising momentum is accompanied with changes in the overseas expansion plans of Chinese automakers, as they are working to improve their services by establishing assembly plants, parts factories and "4S stores," which include sales, spare parts, service and surveyed feedback, all over the world.

Dongfeng Motor Group, which exported 59,000 vehicles during the first 11 months, a 70 percent rise from the same period last year, has set up factories in countries including Iran, Vietnam and Malaysia. In Russia alone, it has established a sales network of over 40 sales outlets.

In the next five years, the automaker expects to launch over 40 models in more than 70 countries and regions, and expand its sales and aftersales service locations to 912 and 971 respectively.