Pickup Truck Market to Heat up in 2018

In 2018 the competition between pickup manufacturers is going to become fiercer than ever as Ford, General Motors and Fiat-Chrysler go head-to-head with new strategies for their truck ranges. 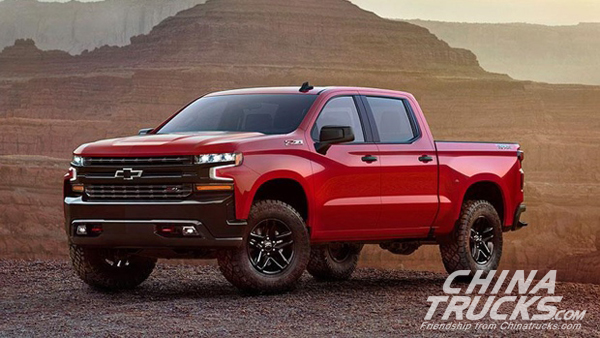 Pickups outsell all other vehicles in North America, but despite this, until quite recently they didn't get upgraded and redesigned anywhere near as frequently as passenger cars and SUVs. That's starting to change now, as it appears no potential competitive advantage is seen as too costly, and no gain by a rival is going uncontested.

General Motors was first to break cover in Texas, recently unveiling a redesigned version of its big-selling Chevrolet Silverado, which is promised to be leaner and meaner than ever when it gets its full debut late in 2018. The Silverado family is second only to the all-conquering Ford F-Series in the US in terms of overall sales, so Chevy will be hoping the redesigned model will close the gap on the top spot.

Ford has only recently refreshed the aluminum-bodied F-150 light-duty pickup, but next year it will add a diesel engine option for the F-150, and also reintroduce a new version of the mid-size Ranger, which is the Ford pickup sold outside North America. Trucks smaller than full-size models traditionally didn't have many fans in the US, but the likes of the Chevy Colorado, Toyota Tacoma, GMC Canyon and Honda Ridgeline are starting to change perceptions.

Ram is currently third in the pickup sales charts at the moment, and next year will see the first full redesign of the Ram 1500 since 2009.

Manufacturers are trying to achieve the long-sought-after goal of achieving an EPA highway fuel economy rating of 30mpg (almost 13 kpl) with their pickups. With a combination of more efficient engines and the use of new materials for construction, such as aluminium and carbon fiber, we might see that ambition realized in 2018.