The number of Chinese exhibitors have quadrupled to 1,551 this year, from a mere 400 as recent as in 2011, the biggest group coming from Shenzhen.

One of the world’s largest consumer electronic trade shows may have earned a new sobriquet this year, as one in every three exhibitors at the 2018 CES hailed from China, underscoring the country’s transformation from a manufacturer of low-value goods into technology-related products. 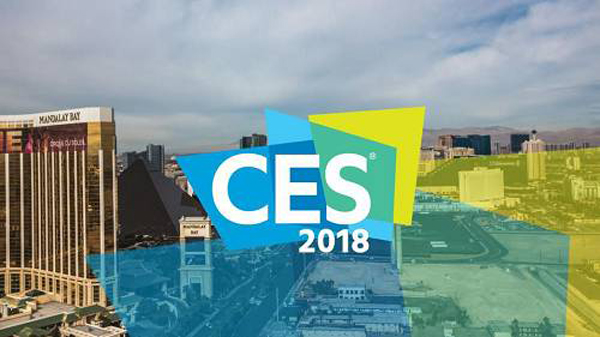 As many as 1,551 Chinese companies registered to display their products and software applications in Las Vegas this week, out of a record turnout of 4,500 exhibitors, according to the Consumer Technology Association, which organised the show.

The biggest bloc of the Chinese companies - 482 of them - were from Shenzhen, the test bed of China’s 1978 experiment with capitalism just north of Hong Kong, and a claimant to the title as China’s Silicon Valley, according to the CTA’s data.

“The rising number of participants shows that Chinese companies, especially the electronic manufacturers, are increasing their global influence,” said Zhao Ziming, senior analyst at Beijing-based consultancy Cyzone. “Chinese production of consumer electronics has been steadily expanding in the past few years.”

The size of China’s consumer electronics market has almost tripled to 2.01 trillion yuan (US$308 billion) in 2015, from 844.2 billion yuan in 2009, according to data by Zhiyan.org, a Chinese consulting firm. Correspondingly, the number of Chinese show attendants quadrupled this year, from a mere 400 as recently as in 2011.

The largest bloc of Chinese exhibitors had the word “Shenzhen” in their names, according to CTA.

That’s not even counting companies based in the city that don’t sport the location in their titles, like Huawei Technologies Group or ZTE Corp., among the world’s biggest manufacturers of telecommunication and networking equipment.

Dongguan, the city near Shenzhen that’s known as China’s manufacturing hub, had 78 companies at the show, according to the CTA’s data.

However, abundance in numbers doesn’t always equate to quality of products, or is even an indication of the same league. Some of the Shenzhen or Dongguan companies rented space within the confines of the China hall, without access to the so-called professional hall, the core of the CES activities and exhibitions.

“It is not expensive to rent a booth at the China hall at CES, so some of the small manufacturers treat it as a marketing event,” said Zhao. “They get the bragging rights when they return home. Having participated at the CES may be an endorsement that help them stand out from among their competitors, helping them get funding support particularly at a time when investors are becoming more cautious.”

The flood of venture capital and angel investments into China’s start-ups appeared to have ebbed, with the amount of capital raised in the third quarter slowing to US$8.8 billion, compared with US$16.8 billion in the same period two years earlier, according to data by Dow Jones’ VentureSource.