Daimler India Commercial Vehicles (DICV), the local subsidiary of the German trucking giant, has started production of a mini truck at its Chennai facility for exports and is open to launching it in the country, a top company official told Moneycontrol. 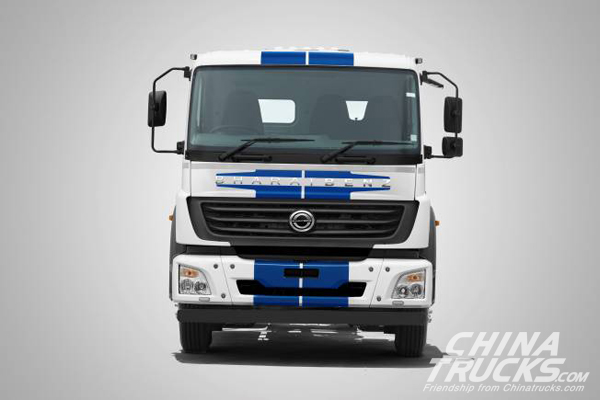 The 6.5-tonne truck that DICV exports under the Mitsubishi Fuso brand is the smallest truck built at that facility by the company. DICV is present in the intermediate, medium and heavy duty segment.

The Chennai-based company has a range of trucks and buses in the 9-49 tonne segment such as tractor-trailer, tipper, haulage trucks, intracity bus and school bus. The company sells its products under the brand Bharat Benz, one of only five brands it operates globally.

While the company has not made any firm plans to bring the small truck to India, Erich Nesselhauf, managing director and CEO, DICV said that the company wants to focus on above 9 tonne for now but this strategy could change later.

“We have a truck which is below 7 tonne. It is a 6.5 tonne truck meant for exports which we have just started to produce. There is no market potential for this truck in India. It’s a Mitsubishi Fuso truck. It’s a different product, different segment we want to focus on India above 9 tonne for now. It might change overtime. If we get it to India then it will be under Bharat Benz (brand)”, said Nesselhauf.

If DICV enters the light truck segment it could mean strong competition for Tata Motors VE Commercial Vehicles from the five year old company. Tata Motors’ 407 Series and Eicher’s Pro Series are the market leaders in this segment.

As per data supplied by the Society of Indian Automobile Manufacturers, the 6-7.5 tonne goods carrying segment recorded a growth of 21 percent during April-December clocking 10,455 units as against 8,655 units sold in the same period last year.

DICV makes Mitsubishi Fuso brand of trucks for the 40 export markets it serves. Last year the company recorded a growth of 28 percent in sales clocking 16,717 units during the year as against sales clocked in 2016. The company says it is confident of turning its operations profitable this year (2019) which will be a turnaround for the first time since its entry little more than five years.