The GDP growth numbers released yesterday clearly point to an economic recovery for the Indian economy. During the September-December 2018 quarter, the economy grew by 7.2 percent, the fastest pace in five quarters, regaining its status as the world’s fastest-growing major economy, ahead of even China. 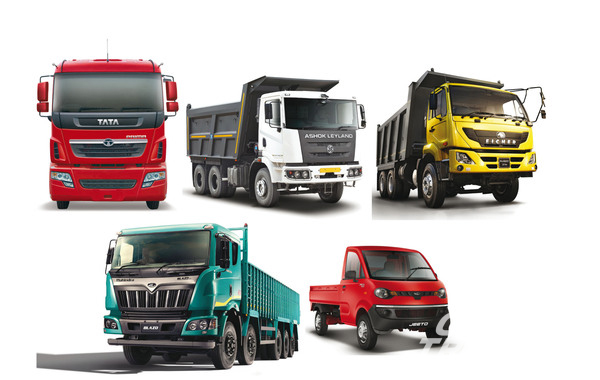 This growth is certainly going to help the commercial vehicle industry in the long run as truck sales are directly linked with the country’s overall economic activities. This recovery in the economy is led by private demand and consumer demand is also reviving. In the quarter, the manufacturing sector grew by a strong 8.1 percent.

Not only replacement demand but stricter enforcement of overloading across the country has resulted in fleet operators preferring rated loads, which is driving demand for higher-tonnage trucks. Also, with GST kicking in, the productivity of trucks has increased significantly. Fleet operators are increasingly looking at benefitting from reduced cost of operation with higher-tonnage trucks. Higher productivity, better turnaround time and improved utilisation of trucks through higher uptime is benefiting fleet operators, which in turn is driving sales of M&HCVs.

All the major OEMs including Tata Motors, Ashok Leyland, Mahindra & Mahindra and VE Commercial Vehicles, which have registered positive sales, are banking on the revival in demand in the overall economy through higher infrastructure spend by the government, increasing construction and growing logistics and FMCG demand. Analysts suggest that a pick-up in activity across sectors, supported by private consumption and a gradual revival in investment, could push India into a high-growth trajectory in next few months.

The improved growth clearly suggests that the overall commercial vehicle industry is headed towards a superior fiscal year. In the April-January 2017-18 period, the overall CV industry registered healthy growth of about 18 percent with total sales of 659,997 units. The M&HCV segment is up by about 11.45 percent as on the back of the robust sales of heavy trucks where demand is shifting more and more towards high-tonnage truck like 31- and 37T rigid trucks, that saw total sales of 2,57,001 units. However, the overall passenger carrier segment (buses) remains weak due to tepid demand – it is by nearly 25.6 percent. The LCV segments remain strong as last-mile connectivity and rural demand continue, growing by 23 percent during the period with total sales of 402,996 units.

How the OEMs fared in February

Backed by robust infrastructural developments, fresh tenders from car carriers, coal movement and the petroleum sector, increasing demand from construction, growing logistics, e-commerce and FMCG applications has helped Tata Motors’ overall CV sales to grow by 36 percent to 41,222 units. (February 2017: 30,407). The M&HCV truck segment continues to be upbeat and the sales were 15,241 units, up by 25 percent compared to last year.

According to the company, key factors such as stringent restrictions on overloading, replacement buying and various infrastructure projects continued to drive demand for higher-tonnage trucks and tippers. Tata I&LCVs saw robust month-on-month sales and in February 2018 posted growth of 54 percent at 4,810 units, aided by an increased thrust from the agriculture-based, FMCG and e-commerce sectors. Burgeoning demand for container and refrigerated trucks also led to this growth.

For Tata Motors, its SCV cargo and pickup segment sales at 16,014 units were a robust growth of 50 percent over February 2017, riding on the back of new product introductions and an uptick in buying sentiment especially with the e-commerce sector and government/municipal applications.

The commercial passenger carrier segment witnessed a growth of 16 percent, at 5,157 units, compared to last year. This growth is driven primarily by the increase in demand for school buses due to the start of the annual school season.