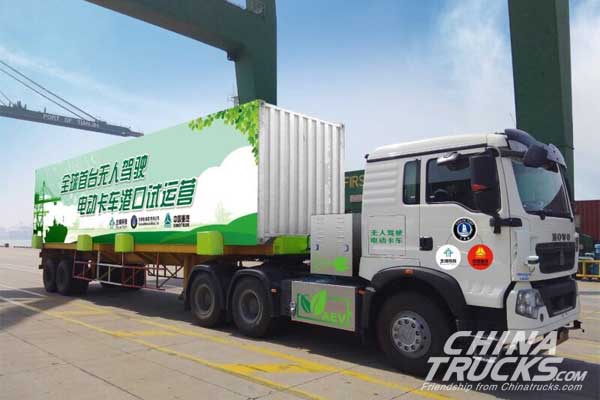 Without any human assistance, Howo T5G electric truck made by CNHTC delivered impressive performances on its first day of operation. It is believed that the operation of driverless electric trucks will further speed up the flow of containers at the harbor and help the city combat air pollution.

“By well integrating such state-of-art technologies as artificial intelligence, internet of vehicles, cloud computing, new energy power system and new materials, the truck has the internationally competitive driving system and centralized driving control system. It is able to drive 120 km when fully loaded. In addition, it takes less than one hour for the vehicle to be fully recharged,” said Tian Lei, Deputy Director of Vehicle Electronics Design Department, Technological Development Center of CNHTC. (www.chinatrucks.com)