The Ford Transit Custom has gone electric with the new PHEV model, revealed at the IAA Commercial Vehicle show in Hannover. 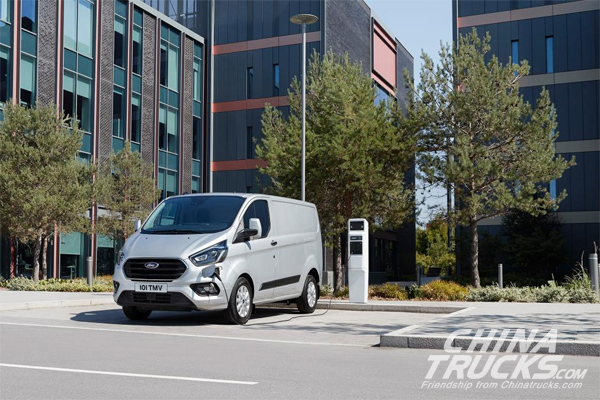 The new Ford Transit Custom PHEV has been revealed promising 30 miles of zero emissions range, with a claimed total range north of 300 with use of an on-board generator – a 1.0-litre EcoBoost engine. The front wheels are driven by an electric motor, which gets its power from a 14kWh liquid-cooled lithium-ion battery pack, which in turn gets its energy from either the mains, or by running the 1.0-litre engine. The PHEV will offer the same 1-tonne payload and load volume of a standard diesel powered Transit Custom.

A charge port has been built into the front bumper, allowing the Custom PHEV to be recharged in five hours using a domestic 240-volt 10-amp power supply. This drops to three hours using a commercial 240 volt 16-amp or 32-amp supply.

There are three EV modes available for the driver to choose, EV Auto, EV Now and EV Later. The first is the default setting and determines how to use the energy sources. The second mode allows complete EV use until the battery is drained, while the third mode aims to maintain the current level of battery charge. 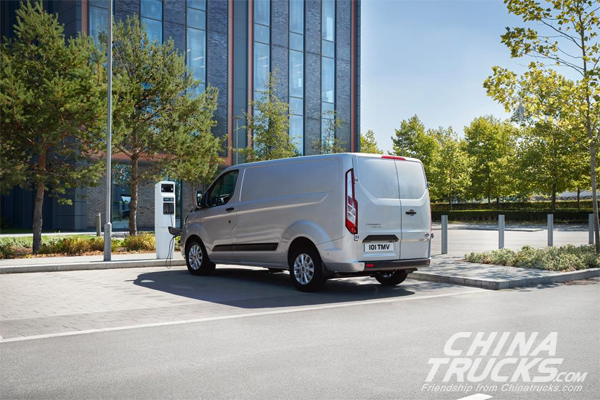 In the instrument binnacle, a power gauge now replaces the rev counter, while a smaller gauge for the battery state of charge replaces the engine temperature indicator. The trip computer has also been reconfigured to include EV mode indicators, maintenance alerts, as well as a warning when the vehicle is plugged into a charging point. A status line showing distance to empty for both the battery and range extender is visible on all the screen displays.

On higher spec models, the Transit Custom will come with Ford’s voice-activated SYNC 3 infotainent system as well as an 8-inch colour touchscreen that can be controlled with pinch and swipe gestures. FordPass Connect, which allows fleet owners to improve vehicle utilisation and optimise running costs, is standard on all models of the Transit Custom range.