IVECO Catches the Eye with NG Technology at CIIE

IVECO confirmed its long-term commitment to the Chinese market as the only major manufacturer of imported commercial vehicles to exhibit at the first China International Import Expo. 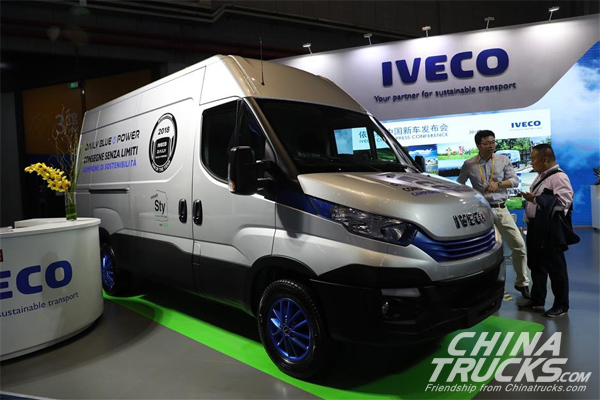 The company introduced its natural gas technology with its Daily Blue Power range of vehicles which won the "International Van of the Year 2018" award, and highlighted their environmental and financial advantages.

"The China International Import Expo shows China’s determination to further open its market to the world, and IVECO is here, signaling its commitment to continue to play a part in the long-term development of the automotive sector in China," said Tommaso Croce, IVECO China's business director.

In July, China's State Council of China issued its "Three-Year Action Plan for Winning the Battle to Defend the Blue Sky," which set specific targets and actions for the prevention and control of pollution, with the aim of continuously improving air quality.

Croce said he hopes that his company's exhibits will engage local authorities, and that they will see the environmental advantages of natural gas and consider it a viable complement to electric solutions. (www.chinatrucks.com)