Cummins to Celebrate Its 100th Anniversary at Bauma 2019

Cummins Inc. (NYSE: CMI) will celebrate its 100th anniversary at the Bauma show April 8 – 14, in Munich. Visitors coming to stand A4.325 will see where it all started, with the company’s first engine known as the HVID. It will be shown alongside the latest B6.7 2019 Stage V engine, highlighting 100 years of engine innovation. 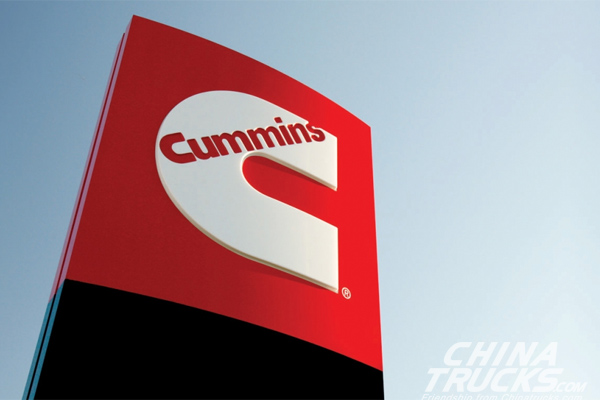 Alexei Ustinov, Vice President - Off-Highway Engine Business said, “Our centenary theme is ‘challenging the impossible’ reflecting the spirit of innovation of our founder Clessie Cummins which lives on today in our current employees. Throughout the 100 years Cummins has proven its dependability to our customers by developing market leading products, and we will continue to do this into our second century.”

In 1919, Clessie Cummins founded Cummins Engine Company in Columbus, Indiana (USA) backed by banker William G. Irwin. Clessie recognized the benefits of using technology developed by Rudolph Diesel at the end of the 19th century. A design by Dutch engineer Rasmus Hvid was seen by Clessie to be the best available for a small kerosene burning engine used on farms, on boats and in factories. He persuaded W.G. Irwin to invest $2,500 in the license for the HVID, a significant sum at the time, and it became the company’s first engine. Twenty-eight of the 6 horsepower units were sold in the first year with around 3000 in total, a far cry from the 1.2 million engines produced by Cummins in 2017.

Long-term challenges with supply of the HVID pushed the company to the brink, so Clessie designed his own engine. In 1924, he launched the Model F with a capability of 12.5 horsepower per cylinder in one, two, three four and six-cylinder configurations. It had over 25 percent more power versus comparable engines offered in Europe. This was the first of many successful products including the Model U in 1928, which was the first U.S. diesel to have all working parts enclosed and the NH Series in 1946, which built the company’s reputation for durability for more than 50 years. It powered many trucks and industrial applications including Euclid earth moving equipment.

Clessie was particularly thoughtful about how to get press interest in his work. He drove diesel powered vehicles across the U.S. to secure coverage. He used the famous Indianapolis 500 race to test his innovations, having the first car to complete the race without stopping in 1931 and achieving pole position in 1952 using turbochargers for the first time.

Fuel system performance was seen by Clessie as the heart of diesel’s capability and a lot of hos focus was in this area. His Pressure Time (PT) fuel system, also tested on the 1952 Indy car, is a forerunner of today’s high-pressure fuel systems. At the time of his death in 1968, Clessie had 33 patents relating to diesel engines and fuel systems.

In more recent years, Cummins made a major change to its product line-up, with the launch of the B Series in the mid-1980’s. This was a move away from traditional markets with a substantial billion-dollar investment. It was a significant risk for the company during what were challenging economic times, but proved successful. Alongside the pick-up and rigid truck potential, it opened up many opportunities for Cummins in construction and agriculture that had previously been unachievable.

To date over 15 million B Series products have been built, contributing a significant percentage of engines manufactured by the company on a global scale in the US, UK, China, India, Brazil and Russia. The strength and simplicity of the B Series continued the company’s reputation for reliability and durability, powering a wide range of industrial equipment from dump trucks to fork lift trucks, and excavators to wheeled loaders.

“It isn’t just product innovation that made Cummins successful, but also the values of the company and how we go about our business. Our former CEO Irwin Miller had a huge influence on this,” continued Ustinov.

Irwin Miller was the grand-nephew of co-founder W.G. Irwin, and he helped Cummins grow rapidly, leading the company to earning its initial profit in the 1930’s. During this time, he was one of the first manufacturing business leaders to recognize the right of workers to unionize. In 1938, the Cummins Employees Association was formed, which later became the Diesel Workers Union.

Miller recognized the global applicability of Cummins’ products and led the company’s international development in the 1950’s, with the first international factory was in Shotts, Scotland. This was located close to key customer Euclid.

One of his lasting legacies was setting up the Cummins Foundation, which worked to address poverty, racial inequality and environmental issues. He was particularly passionate about civil rights and diversity and lobbied for passage of legislation which would come to be known as the Civil Rights Act of 1964.

“We are proud of our company’s heritage and past success. But, we can’t afford to stop there, and will keep evolving. Cummins’ engineers are developing a range of power solutions to compliment diesel; electric, hybrid, natural gas and fuel-cell. We will continue to partner with our OEM customers to find the best power solution for their needs,” concluded Ustinov.