Recently, the Netherlands-based Hyva Group held a grand ceremony to mark its 15th anniversary in China. At its production base in Yangzhou, it put a number of products on display, including its latest X series mobile garbage compression device, garbage collection vehicles, electric sanitation vehicles, etc. 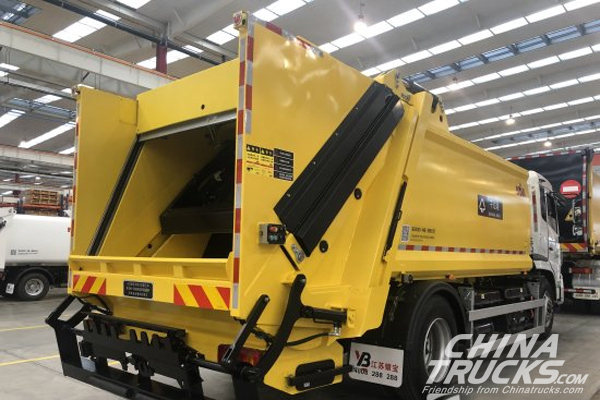 By cooperating with several other internationally well-known brands, Hyva has already rolled out VBG/RINGFENDER for the logistic vehicle market. Also at the ceremony, it exhibited Hyva Online Visual Management System, which is aimed at helping truck operators improve their efficiency and customer satisfaction.

In early 1990s, Hyva entered Asian market. In 1999, its hydraulic system for self-dumping trucks officially entered China. In 2004, the company started its product localization. Since then, it has been a leading player in China’s self-dumping truck industry.

Hyva was established in Alphen, Netherlands, in 1979. In just four decades, it has become a globally renowned enterprise with 37 subsidiaries and 12 factories across the world. Currently, it is specialized in developing, manufacturing and marketing hydraulic systems for self-dumping trucks.