Location:Chinatrucks > news > truck news > Foton Enters into a Deal with CP to Make All Vehicle Types in Thailand

China's Foton Motor Group announced that it has entered an agreement with Charoen Pokphand (CP) Group to set up a joint ventrure in Thailand. The agreement was signed during the second Belt and Road Forum for International Cooperation in Beijing on April 25, involving a total investment of THB500m (US$16m). 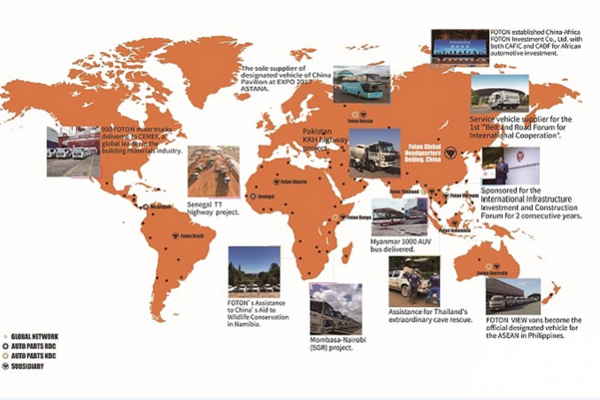 The new company will produce various models and brands, including pickups, AUV buses, passenger cars and other Auman, Aumark trucks.

Several years ago, Foton has tried to develop much of presence in Thailand by naming United Motors Co.as its local authorised distributor and gave it permission to produce big trucks and Bangchan General Assembly Co (BGAC) to make pickups and passenger cars.

The new joint venture means that it has come to an end to the cooperation with BGAC and United Motors.

Despite the aggressive competition, Foton ranks the 8th in Thai market based on its sales volume in QI 2019.

Foton president Gong YueQiong said that he is confident about the future growth prospects in the local market and Foton is aiming for the top three place, which is held by Toyota, Isuzu and Honda.