In early June, 600 units vehicles made by SAIC Maxus, including the pickup T60, MPV G10, light bus V80 and the electric intelligent logistic truck EV30, were shipped to their customers in South America from Shanghai.

From January to the end of May this year, SAIC Maxus sold over 10,000 units vehicles in South America. After Australia & New Zealand market, South America has become the second overseas market for SAIC Maxus with a sales volume of over 10,000 units. Boasting a wide spectrum of products, SAIC Maxus fully meets customers’ varied needs and requirements. Currently, T60 has become the most popular pickup in Chile. G10 and V80 have both exceeded the sales of some internationally well-known brands in the market, with their sales volume ranking the third and the fourth place respectively and their market share ranking 9.12% and 13.6% respectively.

Apart from the high quality of its products, the huge success of SAIC Maxus in South America also lies in its unparalleled after-sales services. So far, the company has already built 46 after-sales stations with well stocked warehouses and well-equipped training centers. 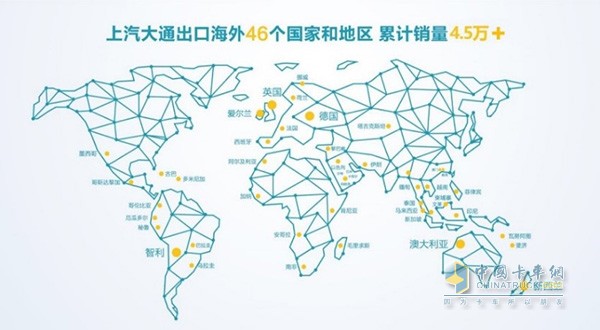 Currently, FedEx, DHL, and a number of other logistic service providers as well as Engie, a leading energy company, LATAM, the largest airline in Latin America, ELIGE VIVIR+SEGURO, a charity organization, and MACHALI in South America are all loyal customers of SAIC Maxus.

On May 9, at Chile Electric Vehicle Exhibition, Gloria Hutt, the minister of Chilean Ministry of Transport, showed keen interest in the first electric light commercial vehicle in operation in Chile, EV80 at SAIC Maxus’ exhibition area. Recently, EV30, another electric intelligent logistic vehicle arrived in South America for operation, marking a new milestone for the expansion of SAIC Maxus in South America.

Currently, SAIC Maxus has developed five major key markets across the world with its solid presence in 46 countries and regions. With an accumulated overseas sales of 45,000 units, it is set to further strengthen its overall competitiveness in the global market.