In the first six months of this year, ZF Friedrichshafen AG generated sales of approximately €18.4 billion. Adjusted operating profit (EBIT) stood at some €650 million. Based on business performance to date and the difficult economic environment, the company adjusted its sales and earnings outlook for 2019. ZF now anticipates sales between €36 billion and €37 billion and an adjusted EBIT margin between four and five percent for the year. 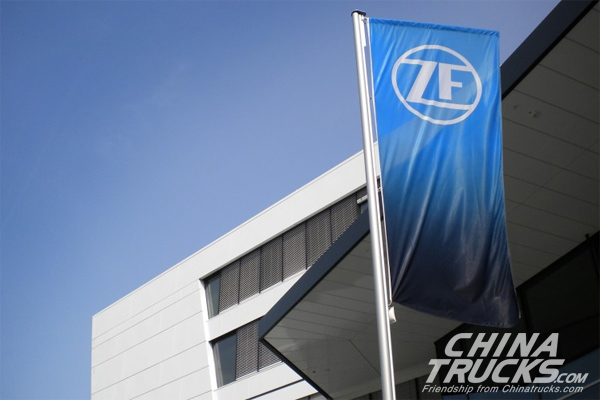 “The major orders which we recently received for our hybrid-capable automatic passenger car transmission and for our electric drive for a high-volume production luxury vehicle where delivery has already started show that our strategy and open-technology approach are the right ones. Customers trust our products and technologies for the long term,” said ZF’s Chief Executive Officer Wolf-Henning Scheider. “We cannot, however, detach ourselves from the challenging economic situation which we are currently facing on a global level and are falling considerably short of our targets as the downturn of the automotive markets worsens.”

While the market for heavy commercial vehicles and the industrial business initially remained stable, ZF’s sales growth slowed in the first half of 2019 due to significantly lower car sales in virtually all major world markets, particularly in China. The company had previously expected a slightly positive performance in automotive sales overall. In addition to the economic downturn, economic policy factors such as the uncertainty about the forthcoming Brexit as well as tariff and trade issues are having a negative impact. Including currency and M&A effects, sales decreased organically by around minus 1.7 percent to approximately €18.4 billion.

ZF’s adjusted EBIT of €646 million remained below the forecasted range in the first half of 2019. Primary drivers behind the decline were the above-mentioned volume decreases in the passenger car segment, a further increase in R&D expenditure and the establishment of new locations, particularly for electric drives and the respective start-up costs. “We are not satisfied with this figure and are compensating by partially adjusting our capacities. Furthermore, we are rolling out additional measures to improve our results,” said ZF’s Chief Financial Officer Dr. Konstantin Sauer. “Nevertheless, ZF will continue to invest in future-oriented technologies such as electromobility and autonomous driving.” The company will, however, postpone or reduce investments in established areas where the economic downturn is evident.

Sauer appears confident regarding the forthcoming financing of the acquisition of commercial vehicle brakes manufacturer Wabco. “We have arranged solid long-term financing and potential investors have reacted positively to our plans,” emphasized Sauer. To finance the acquisition, ZF is planning to issue a bonded loan and a Eurobond; the company intends on launching these in the markets at the end of the summer.