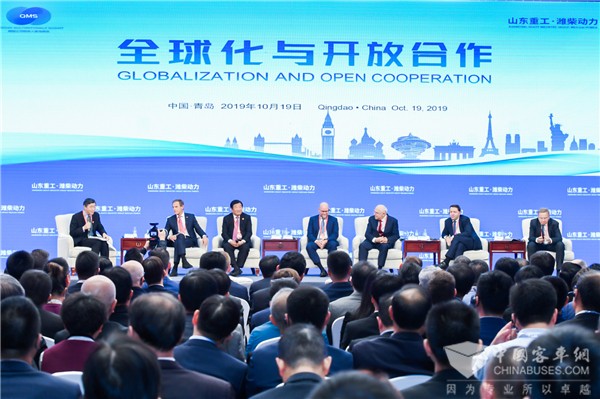 Despite some concerns voiced by some experts, Mr. Tan remained confident in China's fast economic growth, revealing that Weichai saw its business revenue grow by 10% and its profit increase by 20% from January to September this year. 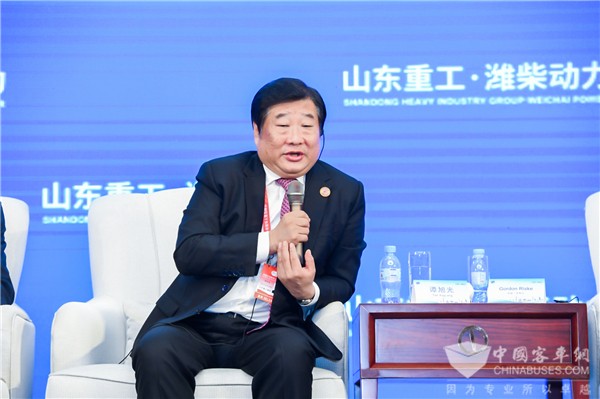 In the next few years, Weichai will continue to strengthen its overall competitiveness in the global market. It aims to generate an annual business revenue of 100 billion USD in 2025 and take a leading position in the new energy business sector in 2030.  Despite all the ups and downs in the past few decades, we have been focusing on improving ourselves and we have managed to maintain a fast growing momentum, proudly said Mr. Tan.

When talking about the development of electric motors, Mr. Tan pointed out that the replacement of diesel engines cannot just happen overnight and full preparations must be made. Firmly believing that there is still huge room for internal combustion engines, Mr. Tan reveals that fuel cell heavy-duty trucks are what his company is striving for. 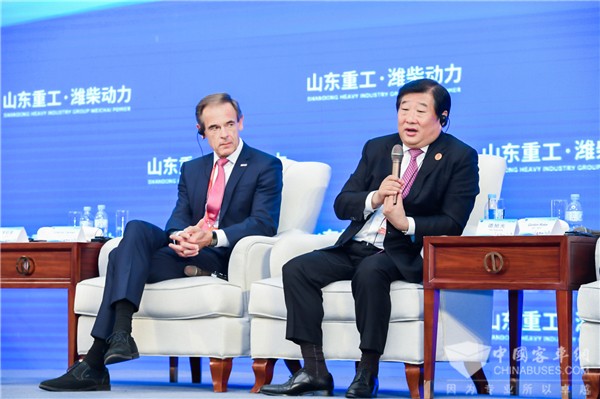 While continuing to focus on sharpening its competitiveness in the fossil fuel powered engines, Weichai has already launched various development projects in the new energy sector. To achieve its goal in 2030, the company is planning to investment 50 billion RMB in total to establish a new production base devoted to developing and manufacturing a wide range of spare parts for new energy vehicles, such as fuel cells, power drivelines, etc. In addition, Weichai has already established cooperation ties with Bosch and BLDP in developing highly reliable and commercially viable fuel cells. 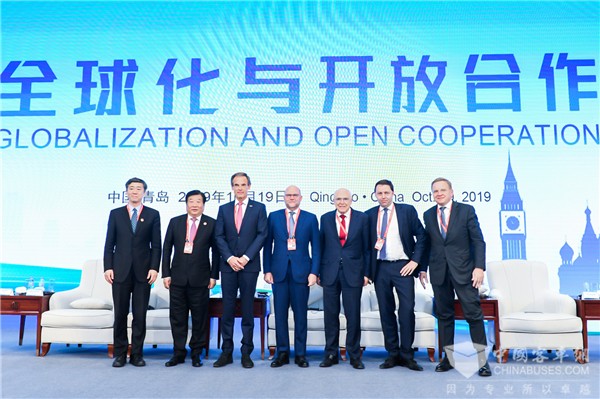 As a witness of China s opening-up and reform in the past four decades and an active participant in globalization, Weichai has benefited immensely from many multi-nationals and contributed enormously to the global economic growth and technological innovation. So far, its overseas business revenue has reached over 40% of its total business revenue every year and the company has established a formidable presence in over 110 countries and regions across the globe.

Through mutual respect and cooperation, we will continue to create a win-win situation with our business partners on the global stage and promote the sound and sustainable development of the engine industry. Weichai not only belongs to China, but also belong to the world, said Tan.