The second CIIE kicked off in Shanghai on Nov. 5 and will continue until Nov. 10 under the theme of "New Era, Shared Future". Huyndai, South Korea's top leading automakers, brought its fuel cell concept vehicle named “NEPTUNE”. “NEPTUNE” has drawn much attention since its first debut in Asia at CIIE. 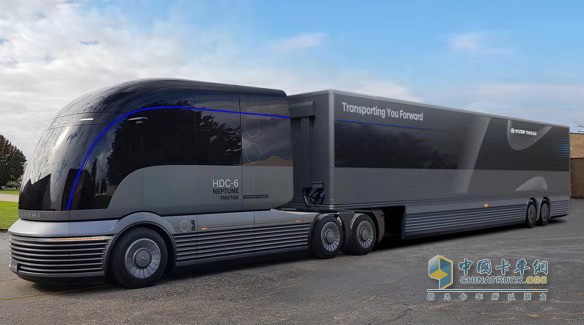 Hyundai Motor began production of hydrogen fuel cells as early as 1998, is investing more resources for research and production of fuell cell vehicles. Hyundai has been at the forefront of the developments within the fuel cell technology.

Seen from appearance, “NEPTUNE “ concept truck breaks up our conventional thinking of trucks. It has a bullet-shaped streamlined design, featuring a round front and simplified and smooth structure. The HMI, Human Machine Interface such as Gesture Control, Eye-Tracking, Voice Command helps improve user’s intuitive experience and provides a more comfortable and intelligent operation environment for driver. 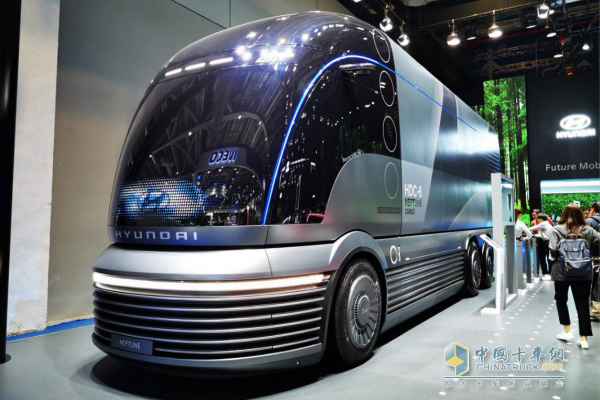 Hyundai Fuel Cell Truck is fitted with the most advanced fuel cell system made by Nexo, a tank capable of storing 34.5kg usable hydroge and 350kW drive motor. It has a total weight of more than 34 tons and capable of more than 300-400 miles of range on a charge. The concept truck Neptune has a low-noise, non-pollution hydrogen fuel cell system which can reduce transportation costs with lower vehicle weight and higher efficiency.

As for the essential part of fuel cell technology--fuel cell stack, many European countries, US., Janpan as well as Canada has started to work on developing. The notable difference of Hyundai’s stack technology lies in its high power, it is a kind of full power fuel cell battery. Furthermore, Hyundai has been at the forefront in the development of fuel cell passenger car, and these kills can be applied to the production of commercial vehicles.