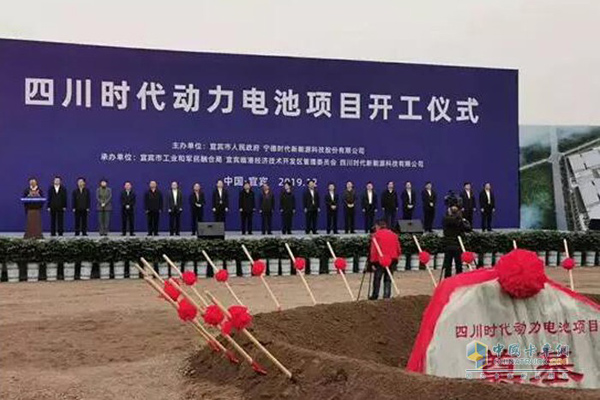 With a total investment of ten billion RMB from CATL, the new project covers an area of 1,000 mu. After its construction, it is able to produce 30GWh power batteries. According to CATL, the whole project will be built in two phases with their investments reaching 4.5 billion RMB and 5.5 billion RMB respectively.

Sichuan Times New Energy Co., Ltd., a wholly owned subsidiary of CATL, will greatly increase the production capacity of CATL and give the company new impetus for its robust growth.

According to the latest statistics released by GGII, CATL ranks the first place with a power battery production of 27.17GWh, accounting for over 50% of the domestic power battery market.