2019 was a year of continued growth and many records for Scania. Vehicle deliveries reached historically high levels as did service volume. 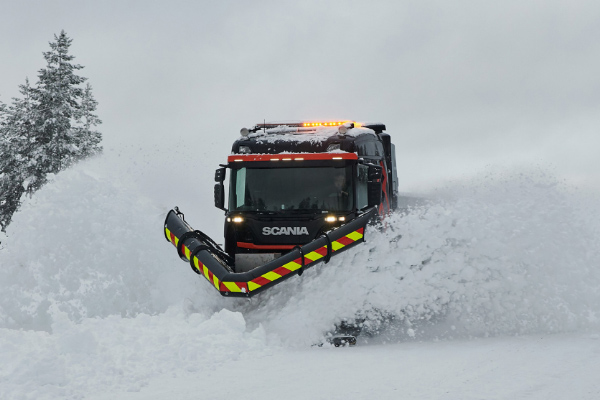 To fight climate change, Scania is setting Science Based Targets in line with limiting global warming to 1.5°C

Total order bookings for trucks and buses and coaches fell by 9 percent in 2019 compared to 2018. Demand for trucks in Europe slowed in the second half of 2019 due to a weakening economic cycle. In Latin America, Brazil’s recovery is progressing slowly. In Eurasia and Asia demand is impacted by political and trade-related concerns. For buses and coaches orders decreased in most regions. Scania managed to partly compensate the demand drop in the Middle East. Order intake in Engines was good, despite strong comparative figures 2018.

Adjustments of structural costs to lower volume is on-going and we are continuously reviewing staffing and consultant assignments for projects. It is a necessity for Scania to continue making large-scale investments in new technologies to help drive the shift towards sustainable transport.

To succeed in the transition to a fossil-free transport system, biofuels are crucial. In 2019, Scania increased sales of vehicles that run on alternatives to diesel by 46 percent (6,631 vehicles). There is great potential for wider use of biofuels as all Scania vehicles can run on biodiesel-HVO. Biofuels are available right now, while it is taking time for new technology to impact reduction of carbon emissions. In parallel with scaling up use of biofuels, Scania needs to invest in new technology and infrastructure for a gradual changeover to electrification.

In the electrification of heavy vehicles, there is no silver bullet but Scania is developing several technologies, often with customers. One technology track developed with grocery wholesaler ASKO is fuel cell electric trucks powered by hydrogen gas. The trucks recently entered into operation in Trondheim, Norway where ASKO opened a hydrogen gas station. In addition, Scania’s fully electric battery-powered trucks for city distribution were installed in the customer’s Oslo operations.

To reduce greenhouse gases at the rate and extent recommended by science, Scania is setting Science Based Targets in line with limiting global warming to 1.5°C. Scania thereby not only commits to reducing its own emissions, but also to achieving reductions where the main CO2 emissions occur – when the products are used.

The full impact on Scania due to the outbreak of the Coronavirus is not currently possible to predict, given the uncertainty of the situation. We are following developments day-by-day and keep a tight dialogue with our customers, suppliers, union representatives and other partners.”