A footage released by TO State government has drawn a wide attention from the general public. As can be seen from the video, a large number of construction machinery are waiting in line to be delivered to Brazilian government. 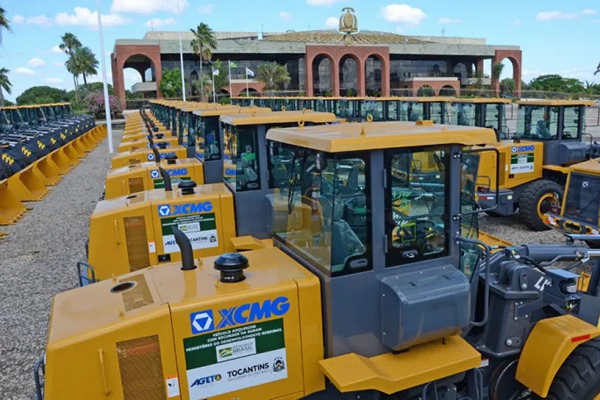 There have been at least 1,600,000 cases of the coronavirus in Brazil, according to data from state governments. The actual number of cases is likely to be much higher than the number of confirmed cases – this is due to limited testing. Brazil’s economy will shrink this year by 5.0% due to the direct and indirect economic impact of the coronavirus pandemic, according to The World Bank, which would mark the country’s biggest crash in at least half a century. XCMG Brazil, as China’s top construction machinery maker, has played a significant role in Brazil’s economic recovery. 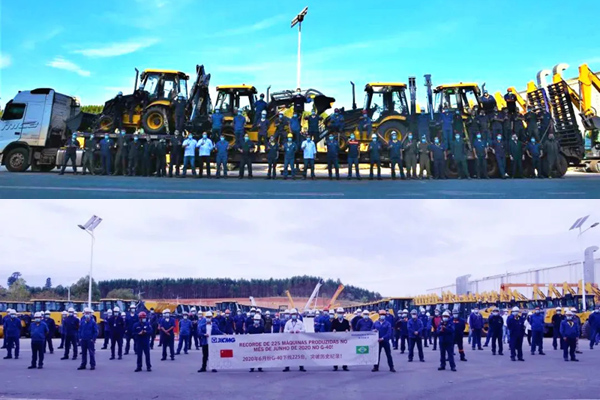 These 200 construction machinery, including earth-moving equipment and shovel loaders are all produced at the XCMG factory in Brazil and will be delivered for use in municipal construction and road maintenance in TO state.

​Even the Brazilian president gave a thums up to XCMG through his social media account called Instagram with photos of XCMG products. For now, 139 cities in TO state has received a total of 220 XCMG machinery including 139 excavators, 80 shovel loaders and 1 diesel generator from Palmas city. Another 12 XCMG hydraulic excavators are expected to be delivered soon. 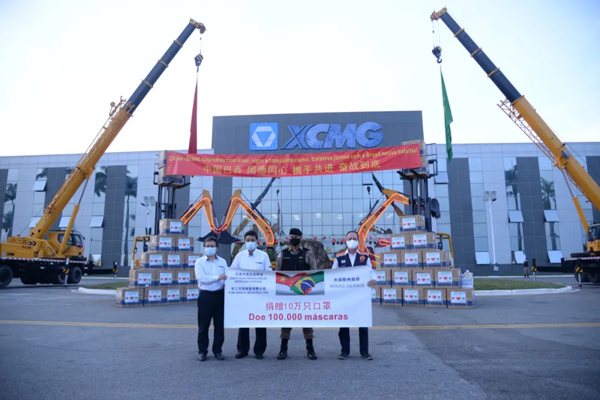 Minister of Regional Development of Brazilian Federal Government, Rogério Simonetti Marinho has said Brazil will not stop its construction works across the country during the coronavirus epidemic. “While continuing to take masures on Epidemic Prevention and Control, Rogério Simonetti Marinho also called for enterprises to resume production gradually. Economy and health of nationals must keep step with each other. These equipment will take a leading position in expanding employment and promoting government construction work“, Minister of Regional Development said.

In response to the request from Brazil, XCMG, leader of China's construction machinery, donated 100 thousand face masks to the State of MG in Brazil months ago.