On November 30, Weichai held its annual business conference, revealing that its sales volume of engines for heavy-duty trucks is expected to exceed 500,000 units in 2020. 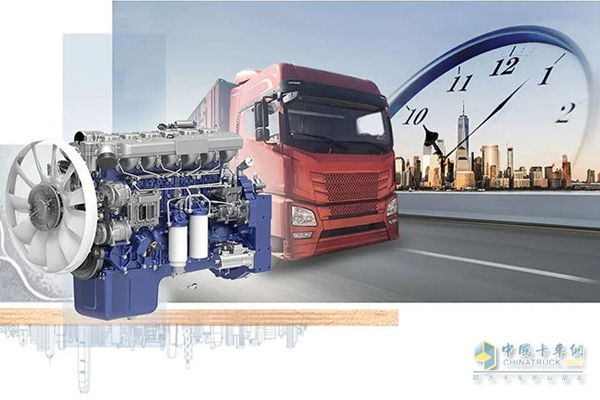 One of the biggest achievements of Weichai this year is that its four cylinder engines for heavy-duty trucks have seen their sales grow dramatically this year. In the meantime, its WP7 and WP8 have also made big splashes in the market. Since February this year, its medium-sized engines for concrete mixers have maintained a fast growing momentum.

Weichai engines for light vehicles, which sold less than 100,000 units in 2019, are expected to increase their sales volume to 260,000 units in 2020, up by 157% year on year. Thus, the engine maker jumped to the second place from the sixth place in the sector.

Since 2010, Weichai has been making great efforts to rolled out customized vehicles and it has been performing well in the power driveline market for coal transportation trucks and those working at ports.

In the natural gas engine market, Weichai continues to take the lead by holding over 50% market share and selling over 110,000 units natural gas engines for heavy-duty trucks. In addition, Weichai ranks the first place among all its competitors by selling 40,000 diesel engines with National VI Emission Standards.

“Our engines are extremely competitive in terms of their performances, reliability and energy efficiency”, said Li Xuefeng from Weichai. With the implementation of some new measures to curb air pollution in China, the engine maker aims to increase its total sales volume to 1.34 million units in 2021.