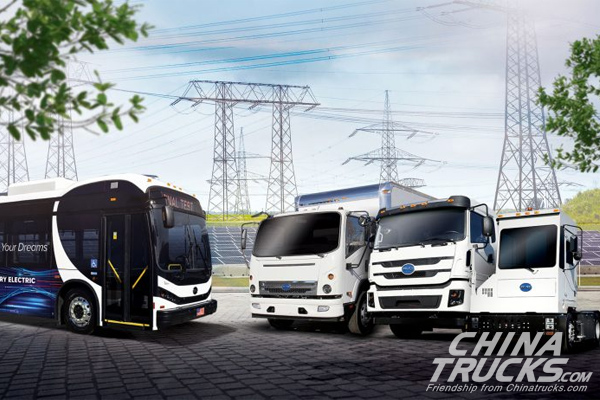 Combined, the three agreements call for global cooperation in speeding up adoption of zero emission cars, vans, medium-duty and heavy-duty trucks, and creating charging infrastructure. BYD and the other signatories pledge to align public policy and funding as well as private business strategy, production, and investment toward achieving ambitious zero-emission vehicle adoption goals.

Isbrand Ho, Managing Director of BYD B.V. , offered his expertise at panel discussions on zero emission transportation infrastructure entitled “Nothing Moves Without It” at the COP26 conference.

In signing the first agreement, drafted by representatives of the United Kingdom, BYD will join the push for global sales of new cars and vans being zero emission by 2040, and by no later than 2035 in leading markets. The agreement calls for governments at all levels to make policies and investments to support EV sales. The agreement also calls for private businesses, such as BYD, to align their business strategies to reach this ambitious goal.

BYD also signed an agreement endorsing a global Memorandum of Understanding calling for countries to have 30% of its new medium-duty and heavy-duty vehicles to be zero emission by 2030 and be 100% by 2040. BYD is joining government, businesses, and environmental organizations to make the transition to zero emission vehicles easier and more cost effective by removing strategic, political, and technical barriers, and accelerating EV adoption and deployment.This agreement was drafted by the Netherlands and CALSTART, a nonprofit seeking to build a high-tech clean-transportation industry.

Additionally, BYD ADL eBuses are in operation by First Bus as part of the all-important shuttle service for delegates attending the Conference. A fleet of 22 Enviro200EV zero-emission buses, all built in Scotland, are being used for this purpose.