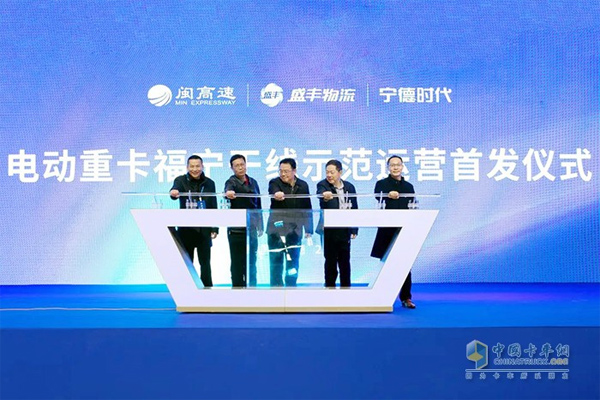 Globally, the major contributors to carbon footprints are from heavy-duty trucks, so the full electrification of transportation sector are imminent. Currently, the major concerns that the users have raised about the charging electric heavy-duty trucks are slow charging, inconvenient charging, and operational inefficiency caused by insufficient range. In this context, the battery-swapping electric trucks came into existence.

This can help eliminate the anxiety that are directly caused by long charging time and range anxiety for heavy truck vehicles and can improve vehicle operating efficiency, according to CATL.

These heavy trucks and dump trucks are equipped with CATL's high-capacity lithium iron phosphate batteries, which are designed to support both high-power fast charging and quick battery changes in 3-5 minutes, according to the press release.

CATL aims to speed up the electrification of vehicles in Fujian by setting up a battery swap network across Fujian highways and then spread to its neighboring provinces.