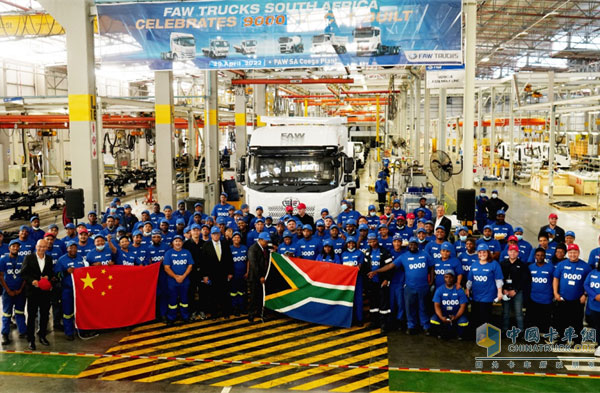 At the launch ceremony, guests reviewed FAW's development history in South Africa. As one of the top 50 companies in Nelson Mandela Bay and a model company in the Kuha Development Zone, FAW South Africa has played an important role in promoting local economic development, employment and economic prosperity.

With a production capacity of 3 000 units per annum, scalable to 5 000 as demand grows, FAW SA produced 1700 units at the plant in 2021. The reason for FAW SA’s continued growth in South Africa is the fact that they cater to virtually every need. Their line-up includes freight carriers, truck tractors, tippers and mixers, all assembled to exacting standards to be able to withstand the harsh conditions of the African continent.

Production has been ramped up to 200 units per month for four consecutive months. If all goes according to plan, FAW SA is expected to assemble the 10 000th unit in December this year.

All current models in the local FAW Trucks range represent the strength, reliability, affordability and ease of operation that the brand and its products are renowned for. This means that every unit that leaves the Coega facility truly is ‘Built in South Africa, for Africa’.