JINZHONG, CHINA -- On June 22, the first FARIZON methanol heavy truck and the fourth-generation Geely Emgrand hybrid “alcohol-electric” sedan came off the line at the Geely plant in Jinzhong, Shanxi province. As a key project in Shanxi Province, the roll-off marks the beginning of Geely's large-scale promotion of methanol vehicles. 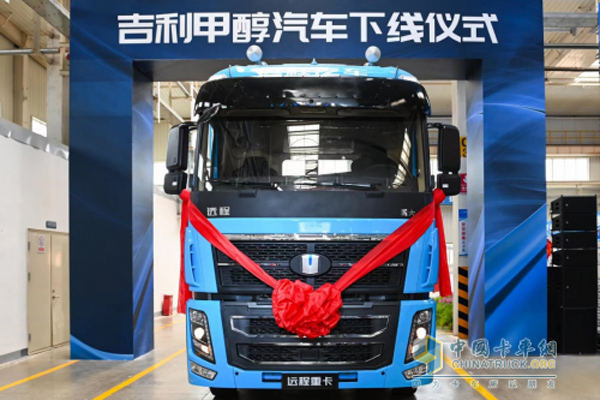 The product that rolled off the production line this time is the second generation of methanol heavy truck independently developed by Geely. It features a standard 13-litre methanol engine, which is capable of producing strong power to address people’s transportation needs in different scenarios. Its energy consumption is reduced by around 18% compared to diesel heavy trucks, offering outstanding economic advantages. In addition, the fourth-generation Geely Emgrand hybrid “alcohol-electric” sedan is the world's first hybrid “alcohol-electric” sedan, with high level of energy-saving, low-carbon and economic product performance. The special engine used in this vehicle is a new generation hybrid engine with a thermal efficiency of 41.5% and a alcohol consumption of 9.2 litres per 100 kilometres. The vehicle operating cost per kilometre is as low as ¥0.3 and the carbon emissions can be reduced by 0.8 tonnes per 10,000 km of operation. 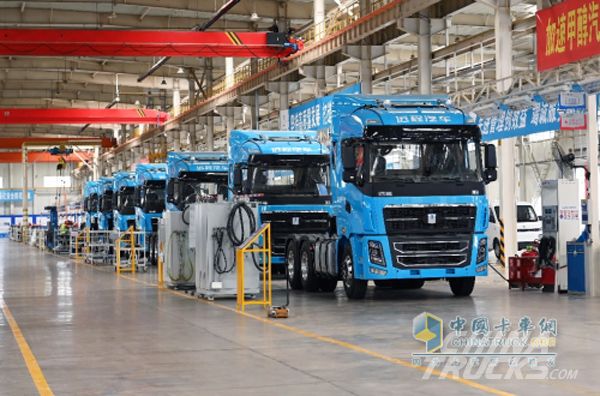 After years of efforts, Geely has achieved remarkable success in the development and promotion of methanol vehicles. With the core technologies already in place, Geely will offer a very wide product range to the market in future.