According to official data from the General Administration of Customs, JAC has exported around 2,500 SUNRAY vehicles in the first half of 2022, a 200% year-on-year increase, making it the leading European light bus exporter in China. The reason behind this significant growth in JAC Sunray exports is JAC's ability to maintain its dominant position in traditional markets and to make inroads into strategic markets. In the traditional markets represented by Chile and Peru, Sunray's exports almost doubled in the first half of 2022, further consolidating its leading position in the Latin American market. In Mexico, the number of its exports has increased year on year since its entry in 2019. As of June this year, its export volume there has surpassed the 1000 mark with 1000% increase year on year and maintains the top position among Chinese brands. 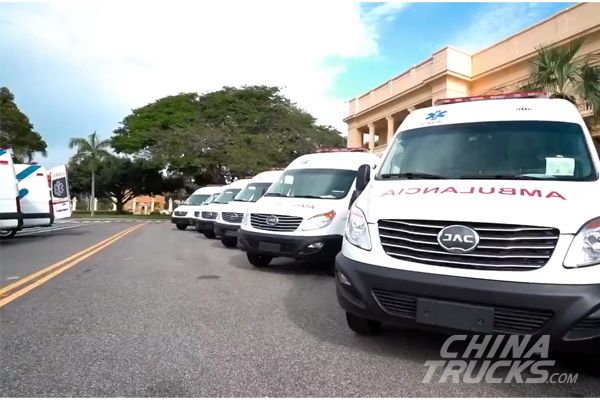 The industrial chain and supply chains of the automotive industry are facing a severe test in the global outbreak. In order to address those challenges, JAC has expanded into various market segments including ambulance, school bus, express delivery vehicle and tour bus and is committed to the continuous development of customers in the industry. As a result of the effort, JAC Sunray's export volume has reached a record high and it has been widely recognized worldwide for its excellent performance and distinctive competitive advantages. Let's review the highlights of Sunray's performance in the first half of 2022. 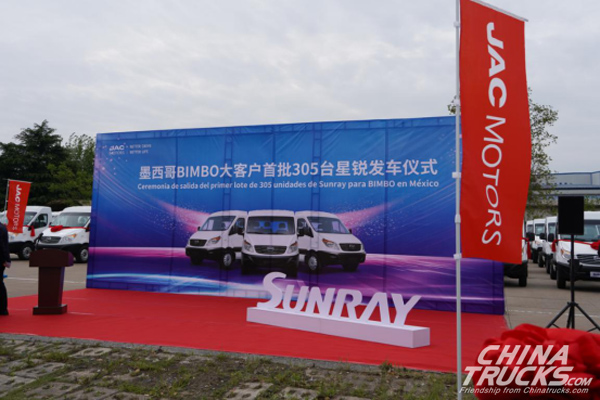 BIMBO, one of the most important bakery companies in Mexico, took delivery of the first 305 SUNRAY vehicles in April 2022. In addition to the Mexican market, JAC Sunray has also established strong partnerships in Latin American markets, such as Uruguay, where the INAU Youth Research Institute of Uruguay has purchased 60 Sunray school buses for the daily commute of students.

The epidemic situation and medical resources has been under grim situation and pressure due to the continued spread of coronavirus variants in 2022. In response to the severe epidemic situation, the Dominican government has procured a number of ambulances from JAC. In July, these ambulances were successfully delivered at the Palau Nacional, in the presence of Luis Abinader, the President of Dominica, and Raquel Peña, the Vice President of Dominica. 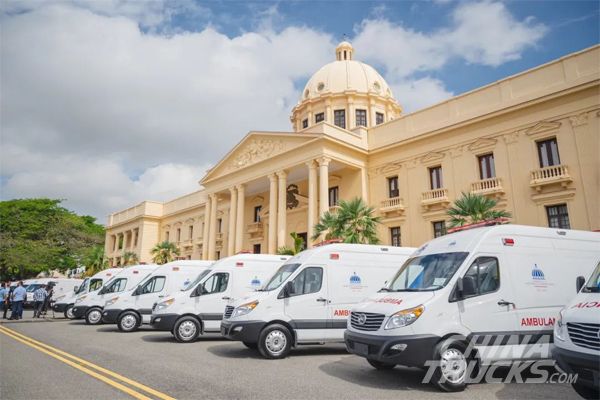 Upon arrival, these ambulances will be deployed to a dozen of hospitals to provide facilities to the public health sector. The timely arrival of these Sunray ambulances has been a great relief to the Dominican government and population in such a dire situation.

As of now, the number of ambulances JAC delivered in overseas markets has reached around 1,000 units, which have supported the Kazakh government, the Davao City Government in the Philippines and the RUSSOMANDO ambulance service in Uruguay in the fight against the disease.

JAC Sunray light buses, cargo vans, ambulances and school buses have now been exported to 60 countries along the Belt and Road, and to Latin America, Southeast Asia, Eurasia, the Middle East and Africa.