In the first eight months of this year, a total of 27,000 Yuchai engines were exported to overseas markets, up 49% year-on-year, bringing the overseas holdings to over 560,000 units.

In Vietanm, Yuchai engines rose by over 20% year-on-year in the first eight months of this year as the automotive market there recovered gradually. In particular, Yuchai represented a 48% market share in the heavy truck tractor and 80% share in the 8×4 freight truck segment in Vietnam. Currently, Yuchai engines have been widely used in automobiles, ships and power generation equipment in Vietnam, with a cumulative ownership of nearly 150,000 units. 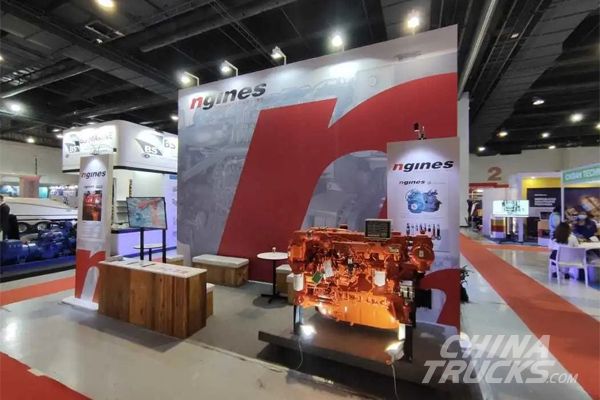 Liu Hui, deputy general manager of Yuchai Overseas Business Division, said, “Vietnam, as the nearest overseas market to China, still has great potential to be developed. In the future, Yuchai will rely on the advantages of China’s open policy to further expand the Vietnam and Southeast Asia market, and make Southeast Asia a model market for China-ASEAN cooperation."

Up to now, Yuchai has exported its engines to more than 180 countries and regions around the world, with 23 overseas offices and 293 service agents setting up to provide after-sales service for customers across four continents including Asia, Africa, South America and Europe.