www.chinatrucks.com: According to the calculation of CAAM, the sales of domestic medium trucks (including LFN) in 2016 are 229,063 units, up by 14.29% year on year. The top ten totally delivered 223,255 units, taking 97.64% of the total sales. On growth, five of the top ten manufacturers have increased, and the other five declined. The cumulative growth of LIFAN and JAC are over 70%, and Chengdu Dayun has also achieved more than 50% in growth. CHMC declined over 56.63%.

In December, the sales of domestic medium trucks (including LFS) are 28,678 units, up by 7.78% year on year. Four of the top ten manufacturers increased, and six declined. LIFAN who ranked the first in the segment market climbed higher, and the growth reaches 116.53%, taking 67.71% of the market share in the single sales month. The ranking detail as follow:
Medium Truck Manufacturers Sales Ranking in 2016 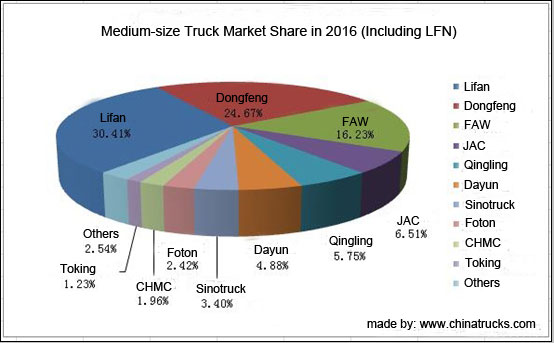 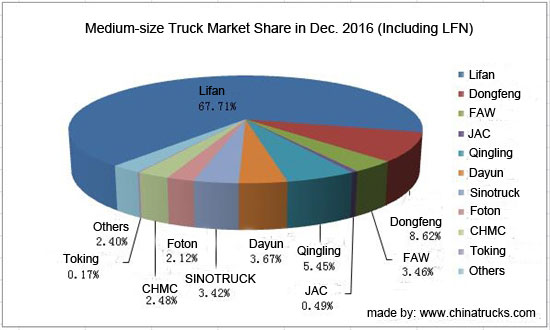